With his Rwandan born wife Dafroza, who lost family in the genocide, Alain Gauthier has spent decades of his life tracking down Rwandan genocide suspects who have found refuge in France.

"Our lives were turned upside-down on the night of April 6, 1994. During the three months of the genocide, we worked tirelessly to make people aware of what was going on in Rwanda," he said.

Many still seek justice 27 years after the genocide that killed 800,000 Tutsis and moderate Hutus

"You can see today it is the memorial, but in 1994 it was not the memorial, it was the prefecture stadium, that is where we took refuge," genocide survivor Albertine Mukakamanzi told AFP.

Gauthier has travelled 9,000 kilometres to tell locals in the village of Bissero that a genocide suspect from the region will be tried in France.

The news is welcomed by locals who embrace him.

For weeks the Tutsis of Bisesero held off their local attackers until the extremist Hutu government had militiamen brought in from other regions to launch mass attacks.

An estimated 50,000 people were killed in the remote village.

Aaron Kabogora lost 10 family members in the Bisesero massacres and Gauthier decides to use his evidence in a case.

"Today I have no wife, no children, no grandchildren. None of them are alive. This is why the genocide perpetrators must be hunted down wherever they and punished," Kabogora said.

Claude Muhayimana, a former hotel driver in Rwanda who took refuge in France and gained French nationality in 2010, was due to have gone on trial in Paris on February 2.

He is accused of having transported Hutu militiamen to sites in the west, including the Bisesero region, where massacres were carried out.

"I would find it incomprehensible that there are no witnesses from Bisesero in this trial, and I will personally request that Aaron be one of those witnesses," Gauthier said.

So far, the Gauthiers' efforts have led to about 30 legal cases being initiated in France against Rwandan suspects, all of them men.

Six have gone on trial, three of whom have been convicted. One was jailed for 25 years and the other two given life sentences.

The Gauthiers have funded their work themselves and thanks to donations made to the association.

Dafroza was employed as a chemical engineer and they had three young children; later, they took in victims' children too.

But the husband-and-wife team has critics, too.

Detractors claim they are a "network of informers" and criticise their ties with the Rwandan government, which is often accused of clamping down on dissent.

In 2017, President Paul Kagame awarded the couple the National Order for Exceptional Friendship in recognition of their work.

Philippe Meilhac, defence lawyer for about 10 Rwandans in the crosshairs of French justice including Muhayimana, condemns their closeness to the Kigali regime.

He claims that the Gauthiers' association is "to a certain extent, a technical and political instrument for the Rwandan authorities".

While Rwanda was never a French colony, successive French governments cultivated close ties after the country's independence in 1962, including training its top military leaders.

Against the backdrop of these ties, a number of genocide suspects have sought refuge in France.

Rwanda has made 48 extradition requests to France, more than to any other European country.

But France's highest court has consistently opposed the extradition to Rwanda of suspects accused by Kigali of genocide, on the grounds that the crime was not in the Rwandan statute books at the time of the massacre. 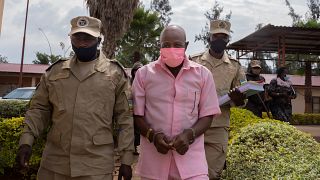 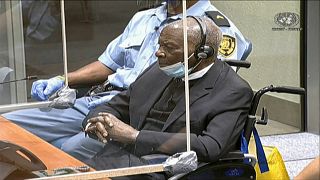 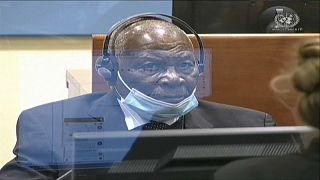