The Presidential Election Votes are Being Tallied Up

Thousands cast their ballots and the polls have closed with the counting of votes commencing Sunday evening in Bangui, Central African Republic — as the Constitutional Court ordered the election to go ahead in spite of calls from the opposition for its delay.

Although this is the Central African Republic’s first election since a peace deal was signed between the government and 14 rebel groups in February 2019, the country saw a campaign period marked by violence between rebels and government forces.

Nevertheless, the local head of the United Nations, Mankeur Ndiaye, considered the election in the capital a "success" while also recognising incidents in other regions with ballot boxes burned, and armed groups attempting to impede citizens from participating in the electoral process.

Three peacekeepers from Burundi were killed and two others wounded Friday by armed combatants.

Armed groups have seized several towns near the capital, Bangui with the U.N. recovering Bambari town from rebels last week.

Second-term hopeful President Faustin-Archange Touadera’s government blames the unrest on former President Francois Bozize — back a year ago from exile, blocked from the presidential race and accused of joining with armed groups to destabilise the country in efforts to stage a coup d'etat. Allegations he has vehemently denied. 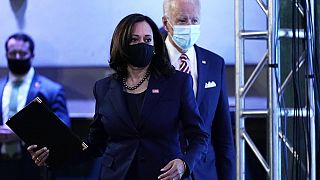