The Last Days of Desperation in US Politics?

Refusing US President-elect Joe Biden is warning of massive damage being done to the national security apparatus by the Trump administration.

His public address went as follows:

"We have encountered roadblocks from the political leadership at the Department of Defence and the Office of Management and Budget. Right now, we just aren't getting all the information that we need from the outgoing administration in key national security areas. It is nothing short, in my view, of irresponsibility."

"And the truth is, many of the agencies that are critical to our security have incurred enormous damage. Many of them have been hollowed out in personal, capacity and in morale, and the policy processes that have atrophied or have been sidelined in the despair of our alliances."

With just over three weeks before Biden's inauguration on January 20th, outgoing president Trump is still refusing to accept defeat in November's election.

His installation of loyalists in crucial departments is seen as a bid to sow chaos in the waning days of his administration. 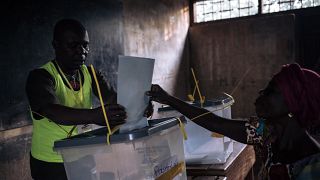