Mali: MINUSMA publishes its report on the killing of M5-RFP protesters 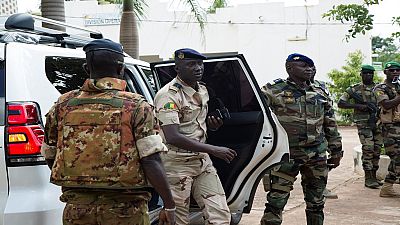 The United Nations Integrated Multidimensional Stabilization Mission in Mali (MINUSMA) today released the report of its investigation into human rights violations and abuses committed during the July 10-13, 2020 protests in Mali.

The UN mission deployed a special fact-finding mission from July 20 to August 17, 2020, composed of 30 human rights officers, a child protection officer, and two forensic experts from the United Nations Police, to investigate allegations of human rights violations and abuses during the events that took place in Bamako and parts of Mali from July 10 to 13, 2020.

In the course of this special investigation, the team main persons involved (victims, direct and indirect witnesses, leaders of the M5-RFP, the medical profession, and the authorities).

The team also examined and analyzed more than 50 video materials and at least 220 photographs from the Technical and Scientific Police. More than 350 Social Media post were also examined.

Following the investigative mission, MINUSMA is able to confirm that, on July 10, 11, 12 and 13 in Bamako, fourteen demonstrators, all male, including two children, were killed during the interventions of law enforcement forces, including the National Gendarmerie, the National Police, the National Guard and the Special Anti-Terrorist Force (FORSAT), which in some cases employed excessive force.

At least 40 protesters were injured during the intervention of law enforcement forces, and 118 defense and security forces officers, including 81 police officers, were injured as a result of violent clashes.

A total of 200 people (including six women and seven children) were arbitrarily arrested and detained in Bamako, at the Bamako Gendarmerie's Research Brigade (at Camp 1) and at various police stations in connection with these events.

They were subsequently released on July 13, 2020, upon the instructions of the public prosecutor's office. Lastly, between July 10 and 13, protesters vandalized, looted and burned various sites as well as public and private property and erected barricades on some of the city's roads.

Under the Malian law, these acts violate the national penal code and are punishable by the competent courts. All evidence and other documentation collected during the investigation will be made available to the judicial authorities at their request and in accordance with established protocol, according to MINUSMA.