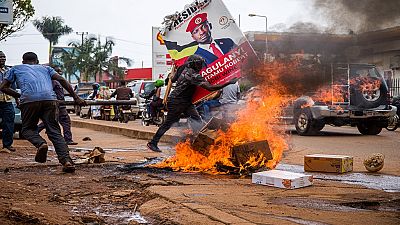 Uganda Communications Commission (UCC) has requested the US-based Google to shut down at least 14 channels for allegedly mobilising riots.

In a written letter, the UCC claimed the channels were used to fuel riots in the capial city Kampala that resulted to massive loss of lives and property.

The riots in took place in November after the arrest of the opposition presidential candidate, Robert Kyagulanyi, who goes by the alias Bobi Wine.

The police said 50 people died and several injured during the incident.

The UCC stated that the channels misrepresent information, views, facts and events in a manner likely to mislead the country. The letter further claimed that some of them glorify lawlessness and undermines public interest, confidence in the law and its enforcement in Uganda.

Wine, 38, has long been a thorn in Ugandan President Yoweri Museveni's side, attracting a widespread following through catchy pop songs about social justice and corruption.

Many young Ugandans see him as their champion in a country mired in poverty and youth unemployment.

Museveni, a 76-year-old former rebel who seized power in 1986, is one of Africa's longest-serving leaders.

Wine has been repeatedly arrested -- most recently on November 3 after he filed his candidacy for the elections -- his concerts are routinely banned and his public rallies broken up with teargas.

"We call for the immediate release of the detained opposition leaders, including Bobi Wine, and it's important that security forces act in a way that respects human rights principles and the rule of law in dealing with protesters."

The US embassy published a tweet saying it deplored the violence and extended its sympathy to the victims and their families.

"We urge all parties to renounce violence, undertake good-faith measures to reduce tensions, and respect fundamental freedoms," it said.

Patrick Oboi Amuriat, the candidate with the Forum for Democratic Change, was also detained on Wednesday but was subsequently released.

"I can say am out of police cells but not free as the police can arrest me any time as they have been doing," he told AFP.

He said his party was reviewing whether to continue their campaign or not.

Two other presidential candidates, Henry Tumukunde and Gregory Mugisha Muntu, have called off their campaigns until Uganda's electoral body takes action over what they called police brutality against opposition candidates. 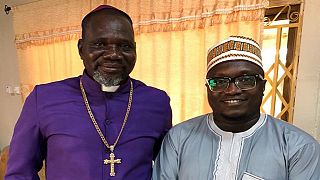