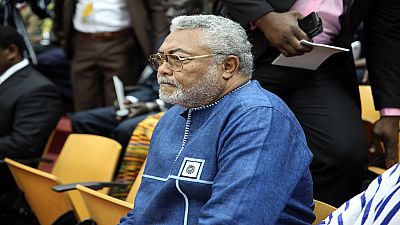 Death has usually played a big role in news coverage across the continent. Last year we profiled a number of high profile deaths that shook the continent.

In 2020, the continent witnessed the deaths of jazz icon Manu Dibango and famed football administrator Pape Diouf and the killing of Ethiopia star musician Hachaalu Hundessa.

This article however is zooming in on the death of former African leaders – be they ex-presidents or Prime Ministers.

Here is our list of our team put together for our 2020 end of year review.

Moi, a former schoolteacher was president of Kenya for 24 years, becoming the country’s

longest-serving president, he had been in hospital for over a month at the time of his death.

Despite being called a dictator by critics, Moi enjoyed strong support from a large cross-

He turned Kenya into a one-party state for years, but in 1991, Moi yielded to demands for a

critics asserted were caused by the state. He left power in 2002 handing over to Mwai Kibaki.

The former diplomat died at the age of 82 in the French capital Paris on April 11.

Kodjo spent two stints as Prime Minister, the first period from 1994 to 1996 and again from

2005 to 2006 under former president Gnassingbe Eyadema.

He also held a number of ministerial posts years before.

He was elected as the Secretary-General of the Organisation of African Unity (OAU) at its summit in Khartoum on July 18–22, 1978.

and when his successor, Evariste Ndayishimiye, was about to be sworn into office.

The official account said he died of respiratory issues even though some accounts especially on social media said it was COVID-19.

Nkurunziza’s years in office ended officially with the fast forwarded swearing in of Ndayishimiye.

The deceased who was in office for 15 years, had been hailed for accepting to step down despite

the opportunity to continue in office. He came into office aged 40 and bowed out at 55 years.

Bongo described the ex-PM as a “great servant of the state, who dedicated his life to Gabon and Gabonese. Emmanuel Issoze Ngondet left today, too soon.

It is a huge loss for our country,” the president said at the time. Issoze-Ngondet served as Prime

Ivory Coast was all set for a new president when October 2020 polls were held but all that changed when the then Prime Minister “Amadou Gon Coulibaly died at the age of 61 in the capital Abidjan.

The deceased had returned home only a week earlier after a two-month absence during which period he was receiving medical treatment in France.

Coulibaly, a close ally of Ouattara had held the Prime Minister portfolio since 2017.

He was the presidential candidate of the ruling party but with his death, Ouattara rescinded a

promise to quit, he went ahead to contest in a poll boycotted by the opposition winning by over

He died whiles on admission at a Dar es Salaam hospital.

Mkapa was the third president of the East African nation and led several regional peace mediation efforts in office and afterwards.

Key among his efforts being his role in mediating Kenya’s 2007 post-election crisis.

Former President was Ghana’s longest serving leader at the time of his death at the age of 73.

He had served about a third of Ghana’s post-independence years.

He died on November 12th Ghana celebrated 63 years of independence this year with Rawlings serving 20 years in total.

Two stints as a military ruler and two terms as democratically elected president. He exited to regional applause in 2000.

He died whiles on admission at the nation’s premier hospital, the Korle Bu Teaching Hospital.

Jerry Rawlings had been on admission at the hospital for about a week for an undisclosed ailment.

Another local outlet disclosed that he had contracted coronavirus at the time of his demise.

The presidency confirmed that he passed away aged 72 at a hospital in Turkey.

He was recovering from a heart operation he had in Bamako before his condition deteriorated,

prompting his evacuation to Turkey, according to his doctor.

Touré was president of Mali from 2002 to 2012 before being overthrown in a military coup.

Tandja's death was announced in a statement read on national television, with a decree of three days of national mourning imposed.

The retired army colonel promised to restore stability to the West African nation after he won elections in November 1999.

He won two elections after the country's return to civilian rule in 1999.

to stay in power.

He was re-elected in 2004, a first in Niger and was sharply criticized by opponents a year after over his handling of a hunger crisis, caused by drought and locusts plague.

the country's largest political party, died of COVID-19 in a hospital in the United Arab Emirates, his

party confirmed in late November. He was 84.

Al-Mahdi was taken to Abu Dhabi for treatment in early November.

His body was flown back to the country for burial. The government and the National Ummah

Party were prominent during the ceremony.

Al-Mahdi was overthrown in a 1989 coup that brought longtime ruler Omar al-Bashir to power.

Mahmud Jibril was a former head of the rebel government that overthrew Libyan leader Muammar Gaddafi in 2011. He died of the coronavirus in an Egyptian hospital, his party confirmed on April 5.

The 68-year-old former Prime Minister was in Cairo where he had been hospitalised for two weeks.

He was admitted to the hospital on March 21 after suffering a heart attack, before testing positive for the new coronavirus and being quarantined.

He served as head of the interim government in March 2011, a few weeks after the outbreak of the Arab Spring uprising in Libya.

coronavirus in London. He was a police officer who trained as a lawyer, acquaintances hailed

him for his hands-on leadership.

A former president of the Republic of Congo died after contracting coronavirus.

JacquesnJoaquim Yhombi-Opango breathed his last at the age of 81 in a Paris hospital.

His family confirmed that he had underlying health conditions before contracting the virus.

He spent years in prison till the country introduced multi-party democracy in 1991.

* Dawda Jawara – ex-president of The Gambia

* France-Albert René, ex-president of the Seychelles 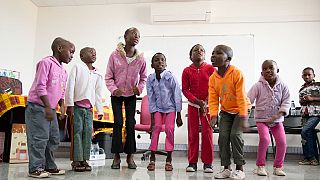