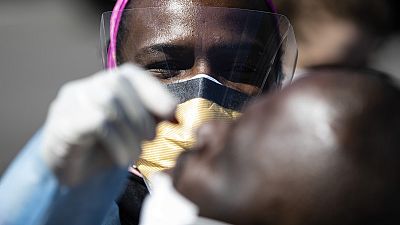 African Medicine Gets No Love

Although media outlets in the West typically portray Africa as a “dark continent” full of poverty, disease and war, the African continent is not only the birthplace of humankind’s civilisation sitting on some of the planet’s most astounding natural riches but has also seen and continues to see some of the world’s oldest scientific practices and discoveries and new advancements.

Advancements in the form of revolutionary medical procedures such as an awake craniotomy — a surgical term for creating a temporary opening by removing part of the skull in order to carry out activity on the brain of the living being with the objective of healing an ailment or correcting an issue such as removing brain tumours.

A craniotomy is brain surgery and a type of neurosurgical technique. Awake craniotomy specifically refers to performing this surgery while the patient is still fully conscious i.e. awake and not under general anaesthesia. It is done in this way to reduce the risk of potential brain damage to the patient when carrying out such a delicate operation as the neurosurgeon is able to more effectively monitor the patient's neurological state by way of live feedback and key cues as she can communicate the effects — such as the loss of a movement in a limb or the loss the ability to speak or count when the doctor manipulates a certain part of her brain.

An awake craniotomy can also be applied to surgical surgeries where tissues causing epileptic seizures are removed and according to experts in the field, the technique has made removing brain tumours — whether benign or malignant, safer and much less a medical taboo than before.

And this medical advancement is available in Kenya. Neocolonial subliminal messaging in the western media aside, perhaps one should expect such a medical feat from Kenya — given the existence of an old cultural medicinal practice or traditional craniotomy by the ababari emetwe (surgeons of this traditional procedure) of the Kisii or South Nyanza ethnic group within the Bantu community in Kenya dating to so far back that the earliest passing records of it are from European colonial observers in the 1950s.

According to the texts contained in 'Trepanation of The Skull by The Medicine-men of Primitive Cultures, With Particular Reference to Present-day Native East African Practice,' by Edward Lambert Margetts (in Proceedings of the Third World Congress of Psychiatry, Montreal: University of Toronto Press/McGill University Press, Vol.II, 1962), trepanning in Kenyan traditional medicine, which appears to share many technical similarities with today’s awake craniotomy, has been practised by traditional healers in various East-African communities.

The surgery practised by the Kisii in Kenya was typically performed to cure chronic head pain after trauma to the head and has been documented to have 5% fatality rate — following years-long observations of the medicine men’s practice in the 20th century.

And so now in more recent times, the first awake craniotomy was done in Kenya was on October 15, 2015, at Nakuru Level 5 Hospital. The historical event covered by Medical Media Services was carried out by a team of surgeons led by Dr Samuel Njiru, the locally-trained neurosurgeon at Kenyatta National Hospital — and in collaboration with the University of Toronto and Egerton University at the Nakuru County Referral Hospital.

Then again in 2018 with Dr Njiru heading a team at the same hospital in Kenya to perform a series of awake craniotomies on four different patients.

The most recent procedure on October 26 of this year was carried out for the first time at the Nairobi Hospital and led by locally-trained (University of Nairobi) neurosurgeon and the Chairman of the Neurological Society of Kenya, Dr Mubashir Mahmood Qureshi — along with Dr Aamir Qureshi.

The Nairobi Hospital is equipped with well-trained specialists and world-class technology such as Intraoperative Ultrasound evaluation, Neuronavigation for brain mapping and Neuromonitoring technology.

Although initially the surgery was mainly done in private hospitals not necessarily accessible to people of modest finances in the country, it appears that the medical procedure is also gradually becoming more available in public hospitals. 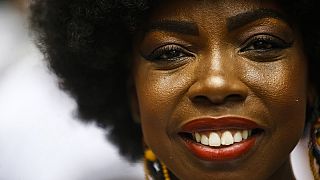