He is hoping to win more than 50% of the vote and avoid a run-off.

He warned the ruling party against what he called a plan to commit 'massive fraud'.

Diabre, who lost to Kabore in 2015 gave no evidence for his claims.

"We are Republicans. Any result that is sincere, we will accept it and go cheer and congratulate the winner. And we expect that if we are the winners, the MPP and its candidate will come and congratulate us. In 2015, I myself had to perform this act, which is unique in the political history of Africa. So, in this matter, we have no lessons to learn from anyone. But at the same time, we will not accept to go and endorse a masquerade and results that would be tainted by fraud and illegality", he said. 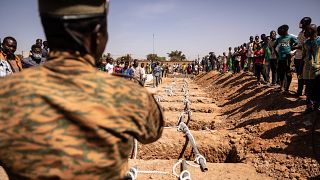