Thousands of Nigerians gathered on Sunday for a vigil to remember those who lost their lives at the hands of the Special Anti Robbery Squad (SARS) — a police unit accused of brutality and human rights crimes.

Created in 1984 to combat growing robberies in Nigeria, the unit is now disbanded following one of the largest youth-led protests the country has seen in a decade launched earlier in October by way of the social media movement #EndSARSNow.

Around 100 people have been injured and at least ten have died in the demonstrations due to what Amnesty International believes was the use of excessive force by the police. Nigerian youth are now calling for national police reform. 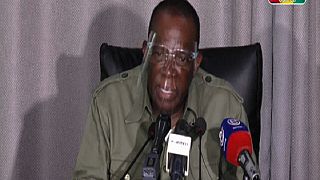