Undeterred by the postponement of the Olympic Games, Khadjou Sambe, Senegal's first professional surfer - male or female, trains when weather conditions allow, from her home in Ngor — a district mainly inhabited by the "lebous" ethnic group which she describes as "dolphins" or "mermaids" who, unlike other Senegalese, know how to swim dive and surf.

The aspiring-Olympian tries to explain her passion for the sport of surfing, “It's like the sea is everything for me because I can say that the sea is my second family, the waves are my best friends, and the board is my love. “

How it All Began

Sambe began surfing shortly after turning 14 to the dismay of her family who believed the sport was disgraceful for a girl to partake in - even banning her from the activity for around two years at one point in time.

She recalls those challenging times when she would often have to overcome neighbour judgment, “You see how before when I started surfing, there were a lot of people telling me, "stay home, go cook, or go do find something to do at home, there was a lot of blah blah that I heard. A lot of talk. Just people who would say a lot of bad things about me but I don't listen to them. Yes because I mostly block my ears so that I don't listen to them because if I listen to them I won't make progress."

The 25-year-old pro athlete is now a coach to girls in her hometown — encouraging them to develop the physical and mental strength to ride waves and break the mould in a male-dominated society.

Founder of the Black Girls Surf school, Rhonda Harper, shares her first impressions of the ambitious and talented young lady, “Just the intensity in her face, in her position on the board, I knew that she was at a skill level that we hadn't seen before. This is why we are here, to find these girls and to put them in a showcase where people can see them, we're actually here and at this level where we can compete too. It's no longer the status quo, it's time to break that mould and to move forward into the future.”

After training in California in 2018 at the school under Coach Harper, Khadjou Sambe intends to promote African women in the surfing world and be a model to young girls by winning big at the upcoming Olympic Games in Tokyo and Paris. 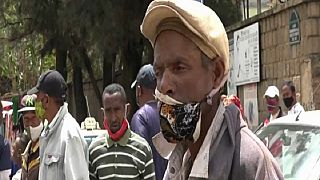 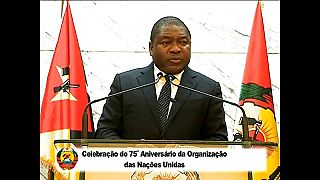