Portuguese Foreign Minister Augusto Santos Silva asserted his certainty regarding the support the European Union will provide to Mozambique in training its forces in the fight against terrorism — following a letter issued by the Minister of Foreign Affairs and Cooperation of Mozambique requesting aid in the anti-jihadist resistance in the country's volatile Cabo Delgado region which has seen a rise in catastrophic insurgencies the last few years.

In an interview with the LUSA news agency in Bissau, Silva recalls that the European Parliament has already discussed the matter and that there was consensus among the deputies, "As Minister of Foreign Affairs of the country that will occupy the presidency of the Council of the European Union from January, I have already had an opportunity to have a formal meeting with the high representative Josep Borrel and one of the themes was the north of Mozambique, support for Mozambique. Based on all this information, I am sure that the European Union's response will not be delayed, it will be positive, and naturally, Portugal will contribute to it quickly and positively."

In a recorded speech to the United Nations General Assembly in New York, Mozambican President Filipe Nyusi outlined the wave of violent attacks by Islamic extremist groups in the country's north, “They leave people displaced, destroy housing and socio-economic infrastructure, plunder community goods, keep children and women in captivity. As a result of these phenomena, over a thousand people have been murdered and around 250 thousand people are displaced in other districts within the country.”

The province of the gas-rich Cabo Delgado region in Mozambique has been the backdrop of debilitating armed attacks the last three years by forces classified as Islamist terrorists. 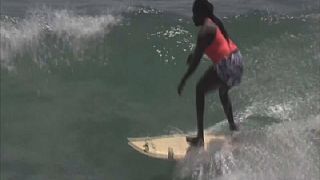 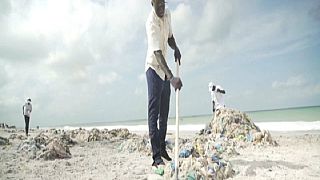