At least 50 people are thought to have lost their lives after an artisanal gold mine collapsed near Kamituga, a mining town in the Mwenga Territory, South Kivu Province in the Democratic Republic of the Congo.

Images and video footage posted on social media networks showed hundreds of people - some of whom could be heard wailing on a hillside, around the mine-shaft entrance.

The cave-in occurred on the Detroit mine site at around 3 pm local time on Friday following heavy rainfall as per a public statement issued by Emiliane Itongwa, president of the Initiative of Support and Social Supervision of Women.

Accidents of this kind are not uncommon in the unregulated artisanal mines in Congo.

Dozens of mine accident-related deaths are reported each year in the region. 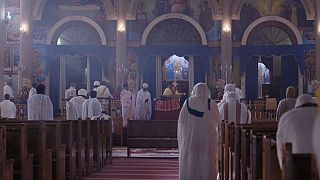