October promises to be an intense month in Tanzania with the upcoming presidential elections as the nation sees current President John Magufuli — in power since 2015, seeking a second five-year term. He faces two main challengers, one being ex-foreign minister, Bernard Membe, who was expelled from the president’s governing Chama Cha Mapinduzi party in February.

John Magufuli, President of Tanzania, expressed his stance, "With my decision, I succeeded in a short time in transforming our nation from a low-income country to a middle-income one, and quickly — most people expected it to take time. It's sufficient proof that my party deserves to have another chance to lead this country to better development."

Tundu Lisso, the other main opposition, raised concerns about violence as he returned the country just last month after a 3-year medical stay in Belgium following a gunshot wound from an assassination attempt, "Whether we are going to have free and fair elections, that is not the question, we don’t expect that. The issue is, are we going to be alive, are we going to have our lives by the end of the electoral process? Because this government is so violent, has acted with so much violence that that is the biggest fear. Will WE have elections?"

The opposition, albeit divided, sees all camps allege sabotage by authorities after dozens of candidates for parliament were disqualified for the October elections. 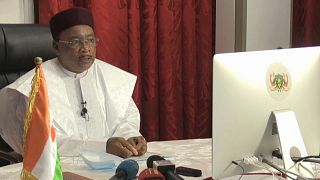