Talks for the Transition

The National Committee for the Salvation of the People — the military junta who ousted from power now ex-president, Ibrahim Boubacar Keita, under the leadership of Colonel Assimi Goita, have been in contact with opposition parties, trade unions, civil society and other groups in Mali, as communicated to the media by junta spokesperson, Colonel Ismaël Wagué.

The NCSP also met with members of Keita’s administration and political party in Bamako on Thursday to engage in dialogue in order to set a council in place which would oversee the general elections. All parties involved claim that they want to hold these upcoming elections as soon as possible in order to appoint a transitional president — whether that be civil or military and stabilise the political situation within the country.

Maouloud Ben Kattra, presidential majority member shared his feelings on the meeting, "They cannot work on this country alone. Expectations have been high, they have listened, we have exchanged and everything that will come out of this proposal of the transition they want to put in place. We have said that the challenges are enormous, the stakes are high, but we would have to move quickly to set up the transitional elements so that we can really work."

A representative of the Trade Union Confederation of Workers of Mali, Sidibé Dédeou Ousmane, believes in the ability of the Malian people to do right by their own nation, "I believe that Mali, we are there, we are, as we like to say, a people who must also take responsibility for our problems and our responsibilities. And we ask that the international community as a whole, instead of taking sanctions against the Malian people, who are simply trying to solve their own problems, instead this international community should assist the Malian people rather than causing them further problems, we have had enough."

Issoufou also stated the organisation’s intention to dispatch envoys to Mali to help secure "the return of constitutional order" and placed emphasis on the need for solidarity to prevent the collapse of the West African nation in a critical time when the fight against Islamist terrorism is still underway in the region — which could have consequences for many other African communities on the continent.

The coup d’état is the second in eight years for Mali and the fourth in its history. 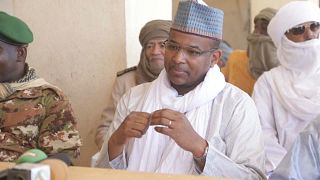 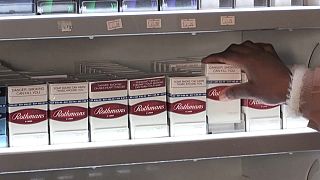