Four people had died in two days of clashes in the central town of Daoukro and the southern town of Bonoua on Wednesday and Thursday. Another death occurred in Daoukro late on Thursday, and yet another on Saturday when a 45 year old standing guard with young men from a neighboring town got shot.

Violence has now spread to the northern city of Gagnoa according to security authorities.

_"We deplore one death in clashes last night and today between those for and against a third mandate f_or Ouattara", the town's mayor Yssouf Diabate told AFP.

He said there were injured on both sides as well but that calm had returned to the streets.

WHY ARE THERE CLASHES?

President Ouattara, announced last week that he would contest the October 31 presidential elections, a move that came after his anointed successor Prime Minister Amadou Gon Coulibaly died of a heart attack.

The announcement sparked fury among Ouattara's critics, as he has already served two terms and can only contest a third by arguing that a constitutional change entitles him to reset the clock. 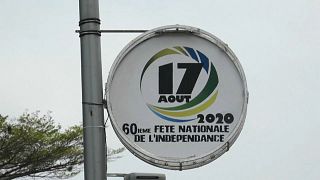