Fifteen militiamen have been sentenced to twenty years in prison, announced the Congolese military court said Wednesday, for their participation in a political uprising in Ituri in the northeastern region of the Democratic Republic of Congo in 2019. One militiaman was acquitted for lack of evidence, military prosecutor Major Vicky Lopombo told AFP.

Claudine Makusi, a female victim of the militiamen, expresses her wishes, "We ask those who are acquitted to tell those who collaborated with the militia to disassociate themselves so that everything that is happening in Djugu stops and that the violence really stops."

Thirteen of the condemned are of the ethnic-mystical sect Cooperative for the Development of Congo (Codeco) while the other two are members of the Patriotic Integrationist Forces of Congo (FPIC).

Active in the territory of Djugu, located in the north of Bunia, the provincial capital of Ituri, members of the Codeco group claim to defend members of the Lendu community.

Since December 2017, according to a political analysis report published this month by the International Crisis Group, the violence in Ituri province since December 2017, has left nearly 1,000 people dead and half a million displaced.

These are "crimes against humanity" according to the UN High Commissioner for Human Rights, Michelle Bachelet.

Between 1999 and 2003, the Ituri region had been ravaged by a conflict between militias from the two communities, Lendu and Hema, which was exploited by neighbouring Uganda.

The violence in Ituri is one of the many conflicts that are tearing eastern DRC apart, in addition to the conflicts in the two neighbouring provinces of North and South Kivu. 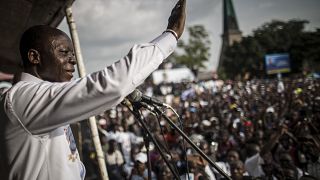 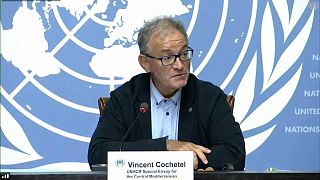 Migrants face Human Rights abuse in Africa, Hundreds dead on the roads over the past two years

Migrants face Human Rights abuse in Africa, Hundreds dead on the roads over the past two years