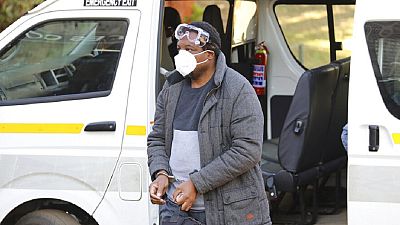 The two were arrested separately in the capital Harare in a seemingly coordinated operation, ahead of anti-government and anti-graft protests planned for July 31, lawyers and police said.

A video clip recorded at the journalist’s house showed the remains of the glass door that police smashed to bust in and arrest him. 49-year-old Chin’ono is an independent award-winning journalist.

He is openly critical of the Harare administration and regularly posts commentary on social media about political and economic developments in the southern African country.