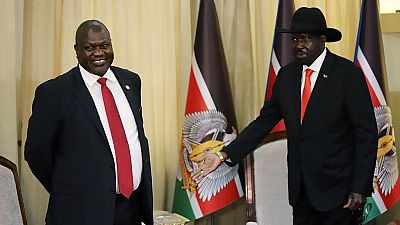 South Sudan’s President Salva Kiir has conducted a mini cabinet reshuffle, the first since the formation of a national unity government in February.

Mr Alor has served in various senior government positions since the signing of the Comprehensive Peace Agreement (CPA), which ended the war with Sudan in 2005 before South Sudan seceded.

President Kiir also relieved Denay Jock Chagor from his position as minister of higher education, science and technology and appointed him governor for Jonglei State.

The appointments were announced on state-owned radio and television on Wednesday night.