Pilgrims bathe in the Ganges despite India Covid surge 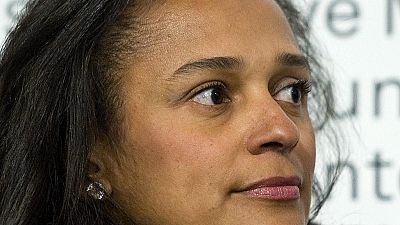 Angolan businesswoman Isabel dos Santos and her Congolese husband Sindika Dokolo have decided to challenge the freezing of their assets in the context of an investigation for embezzlement of public funds, their lawyer said Tuesday.

Daughter of former president Jose Eduardo dos Santos (1979-2017), the billionaire and her husband businessman are accused by the courts and the International Consortium of Investigative Journalists (ICIJ) of looting Angola’s coffers for their personal use.

According to the Angolan public prosecutor’s office in charge of the case, the Luanda government has put the value of the embezzlement at $5 billion.

I confirm that the freezing was ordered on the basis of documents that we consider false (...) falsified by the Angolan justice system (...) with the sole aim of allowing such a measure, of "deliberately misleading justice.

Ms dos Santos, 47, runs an empire made up of numerous companies in the telephone and mining sectors and has acquired stakes in other groups, including banks, in Portugal.

She denies any embezzlement and denounces a “political” witch hunt against her.

As part of their investigations, the Angolan and Portuguese courts recently ordered the freezing of its bank accounts and the seizure of some of its assets in both countries.

In early May, Isabel dos Santos claimed that this decision was based on a false passport in her name. For this reason, the couple’s lawyer, Walter Tondela, told AFP on Tuesday that he had referred the matter to the Angolan High Council of the Judiciary.

“I confirm that the freezing was ordered on the basis of documents that we consider false (…) falsified by the Angolan justice system (…) with the sole aim of allowing such a measure,” Tondela said, accusing the attorney general of “deliberately misleading justice”.

The lawyer therefore challenged before the Council the magistrate’s decision, in his view, “illegal and unconstitutional”.

The prosecutor’s office had described Ms. dos Santos’ allegations as “a joke” and assured that the decision to freeze her assets had been based on other documents.

During his 38 years in power, Jose Eduardo dos Santos has put the economy of his country, one of the poorest in the world despite its oil reserves, on the back burner for the benefit of a handful of family members.

President since 2017, Joao Lourenço dismissed the relatives of his predecessor in the name of the fight against corruption.