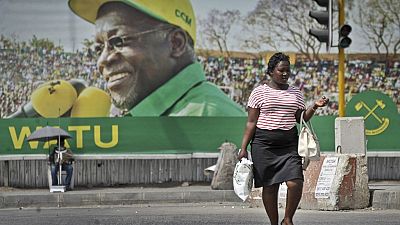 <p>At a time when countries have imposed and are easing lockdowns in the fight against <span class="caps">COVID</span>-19, Tanzanian president John Magufuli insists there will be no such thing as lockdown in the east African nation. </p> <p>During an address to a church congregation over the weekend, Magufuli stressed that when the neighbours are done with their lockdowns, they could still come for help with food.</p> <p>“There is not going to be any such thing as lockdown in Tanzania, God will help us. We need to work hard, once the other East Africans are done with their lockdown, they will come to us, and we shall still help them with food, we will not against discriminate them.”</p> <p>Magufuli said hospitals in the country showed a growing trend of recoveries and promised to open more public places such as schools and universities. “If the trend I am seeing continues in the coming week, I plan to open up universities so students can continue with their education.</p> <p>Magufuli’s government has been criticised for a lack of transparency regarding the toll that <span class="caps">COVID</span>-19 has taken, with the last official update on April 29 listing 480 cases. According the <span class="caps">WHO</span> however, Tanzania has recorded 509 cases, 21 deaths and 183 recoveries. </p> <p>Meanwhile, the civil aviation authority announced yesterday that all restrictions on air travel had been lifted paving the way for passenger flights to begin operations. </p> <p>“Following the decrease of <span class="caps">COVID</span>-19 reported cases, the United Republic of Tanzania has decided to relax travel restrictions to gradually allow resumption of economic activities in air transport,” the <span class="caps">TCAA</span> said on Twitter.</p> <p>The Health Ministry has also said incoming travelers will only be screened at the point of entry and not be subjected to quarantine. Tourism is Tanzania’s second highest employer after agriculture. The sector was impacted heavily by the virus disruption.</p>