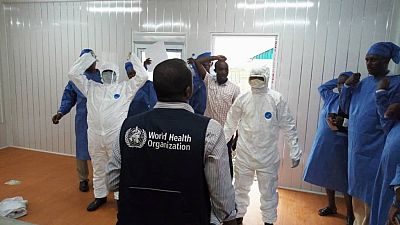 Diplomacy is a delicate business that is duly defined as the ‘art of dealing with people in a tactful way’, and comes in handy on occasions where different countries’ interests collide.

African nations play host to several diplomats, who weigh in on the affairs of their hosts’ governments, and in the process take the risk of unsettling the relations between any two countries.

In this article, we look at actions by diplomats, international civil servants that have provoked their host countries to take the drastic action of expelling them.

Burundi has ordered the World Health Organization’s top official in the country to leave latest by May 15, 2020. Just five days before the presidential election and at a time countries were battling the coronavirus pandemic.

A foreign ministry letter widely circulated on social media said the WHO representative to Burundi, Walter Kazadi Mulombo, has been declared persona non grata and must leave the East African nation by May 15. The letter says three WHO experts also must go.

The WHO Africa regional chief, Matshidiso Moeti, described Mulombo as an “extremely competent person” and said the WHO was communicating with Burundi “to clarify and understand the reasoning for the decision they have taken.” The WHO has raised concerns about crowded political rallies which it said could result in spread of the virus.

READ MORE – Burundi sacks WHO officials ahead of May 20 polls

Tunisia on Friday expelled its own ambassador at the United Nations, faulting him for not doing adequate consultation on a Security Council resolution he helped draft responding to the U.S. Middle East peace initiative.

The official TAP news agency quoted the Tunisian president’s office as saying Moncef Baati was accused of “absence of coordination and consultation” with the foreign ministry and with representatives of Arab and Islamic countries at the United Nations.

Baati is a career diplomat who came out of retirement to take the U.N. post in September,

The U.S. plan would allow Israel to annex all its settlements as well as the strategic Jordan Valley. The Palestinians want an independent state in the West Bank, the Gaza Strip and east Jerusalem, territories seized by Israel in the 1967 war.

Baati’s dismissal raised questions as to whether the draft resolution had gone too far in countering the U.S., a long-time ally of Tunisia, even though the Tunisian president lambasted the peace plan just a week ago as “the injustice of the century.”

In December this year, Zambia protested the US ambassador’s reaction to jailing of a gay couple. The country’s foreign affairs minister Joseph Malanji told journalists he would send a protest letter to Washington.

US Ambassador Daniel Foote said he was ‘personally horrified to read about the sentencing of two men, who had a consensual relationship, which hurt absolutely no-one’.

Japhet Chataba and Steven Samba were last week sentenced to 15 years in prison by the High Court in the capital, Lusaka.

‘‘To question (the judiciary’s) decision by a representative of a foreign government is tantamount to questioning the Zambian constitution,’‘ Malanji said.

Homosexuality is illegal in Zambia.

Benin in November 2019 ordered the European Union’s ambassador to the country to leave citing political interference.

“He has interfered too much in domestic affairs,” an anonymous government official told the AFP news agency as saying.

“He constantly calls on civil society to protest against the government,” he added.

Germany’s ambassador to Rwanda, Dr. Peter Woeste left the country on March 30, three months after the Kigali government told authorities in Berlin, they would no longer work with him.

Rwanda accused Woeste of making ‘inappropriate and abusive’ remarks towards the country and its president, Paul Kagame.

“He made inappropriate remarks about Rwanda and about our President. We wrote to Germany showing why we could no longer work with him and they decided to recall him. Our relationship with Germany remains strong,” Olivier Nduhungirehe, State foreign affairs minister told the EastAfrican newspaper.

Woeste presented his credentials in October 2016.

The details of Woeste’s ‘inappropriate and abusive’ remarks are not yet known.

This is the second time Rwanda is expelling a German envoy, having ordered the German representative to leave the country in 2008, after the arrest of its former chief of protocol, Rose Kabuye at an airport in Frankfurt.

This week, Somalia expelled the Special Representative of the U.N. Secretary-General for Somalia, Nicholas Haysom, accusing him of interfering with national sovereignty.

Haysom had written a letter dated Dec. 30 to Somalia’s interior security minister expressing concern over “the alleged involvement of UN-supported Somali security forces in the arrest of Mukhtar Robow on 13 December, the deaths of 15 civilians…on 13, 14, and 15 December…and the arrest of approximately 300 people involved in the demonstrations on 13, 14, and 15 December”.

EU envoy to Tanzania recalled to Brussels for consultations

The Head of the EU Delegation in Tanzania, His Excellency Ambassador Roeland Van de Geer was in November 2018 recalled to Brussels for consultations.

His deputy, Mr Charles Stuart, was at the time named as acting Chargé d’Affaires during his absence.

The EU said in its statement at the time that it: “regrets the deterioration of the human rights and rule of law situation in the country and will be conducting a broader review of its relations with Tanzania.”

Last month, the Democratic Republic of Congo took a decision to expel the European Union ambassador, Bart Ouvry as a reaction to the renewal of EU sanctions against Congolese officials including the ruling coalition’s candidate in a presidential election.

The government had lobbied to have the sanctions against its officials lifted, but the EU Council voted in December to maintain the sanctions which were first imposed in 2016.

‘‘On 10 December 2018, the Council extended the restrictive measures currently in place against the Democratic Republic of the Congo until 12 December 2019. The sanctions comprise an asset freeze and a ban on entering the European Union and are targeted at 14 individuals.’‘

Burundi’s government has taken several actions against the United Nations office in its country, including asking that ‘all international staff are redployed’ and that the office closes ‘within two months’ from December 2018.

In April 2018, Burundi cancelled the visas of human rights experts deployed in the country to investigate crimes against humanity, that could have been committed in the country.

Burundi had suspended collaboration with the human rights office since October 2016, accusing it of “complicity” in the drafting of a UN report that highlighted “serious violations” of human rights and possible “crimes against humanity” by Burundian authorities.

While the affected diplomats face the consequences of leaving the country hastily, and could end up on blacklists for those particular countries, relations between the governments and international institutions like the United Nations often continue.