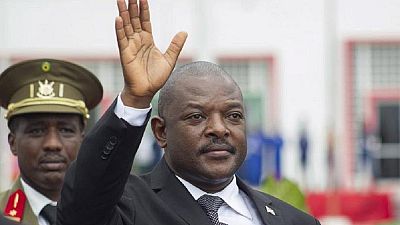 <p><strong>Burundi’s ambassador in Geneva says the issue of expelled U.N. human rights experts from Bujumbura is being twisted to paint his country’s government in a bad light.</strong></p> <p>Renovat Tabu had been by the U.N. Human Rights Council on Tuesday to explain why his government had thrown out a U.N. team that the Council, with Burundi’s backing, had sent to investigate human rights abuses in the country.</p> <h2 style="font-size:16px;">Burundi cancels visas of U.N. experts</h2> <p>Deputy Human Rights Commissioner Kate Gilmore told the Council that her office could not deliver a promised report on human rights in Burundi because the government had not cooperated with the expert team, who were deployed in March and told their visas were cancelled in April.</p> <p>“It is a matter of concern that through its lack of cooperation Burundi has prevented implementation of this Council’s resolution and the mandated work of the group of experts,” she said.</p> <p>Gilmore welcomed criticism of Burundi by European diplomats at the council, which she said showed “the inappropriateness, the unacceptability of this paralysis”.</p> <h2 style="font-size:16px;">Burundi says U.N. team changed mission</h2> <p>Tabu said the departure of the U.N. team had been spun to cast his government in a bad light.</p> <p>“Burundi regrets… the way in which events have been twisted in order to imply there has not been full cooperation,” he said.</p> <p>“Burundi is concerned by an unfair accusation which further entrenches the hostility which has been commonplace against Burundi for some time.”</p> <p>He said former U.N. High Commissioner for Human Rights Zeid Ra’ad al Hussein had changed the U.N. team’s mission, an “irregularity” which surprised Burundi’s migration services, who declined to extend the team’s visas.</p> <h2 style="font-size:16px;">Burundi’s human rights record</h2> <p>Burundi has been gripped by violence since early 2015 when President Pierre Nkurunziza said he would seek a third term, widely seen as a breach of the constitution.</p> <p>Subsequent clashes between security forces and rebels left hundreds dead and forced about half a million to flee, reviving memories of the 1994 genocide in neighbouring Rwanda, which has a similar ethnic mix.</p> <p>The agreement to send the experts to Burundi, based on a resolution submitted by the African group of countries at the Council last year, was widely seen as a diplomatic ploy to derail a more heavyweight Commission of Inquiry.</p> <p>But the attempt failed, and the Council ended up sending both, leaving Burundi facing double scrutiny and with a public commitment to cooperate with investigators.</p> <p>Last week the <a href="http://www.africanews.com/2018/09/05/burundi-still-committing-crimes-against-humanity-un-report/"target="_blank">Commission of Inquiry</a> said crimes against humanity were still being committed in Burundi, whipped up by rhetoric from top officials including Nkurunziza. Burundi called the accusations “lies”.</p> <p>The Commission is seeking a renewal of its mandate from the 47-member Human Rights Council, which began a three-week session on Monday.</p> <p><strong><em><span class="caps">REUTERS</span></em></strong></p>

Burundi is concerned by an unfair accusation which further entrenches the hostility which has been commonplace against Burundi for some time. 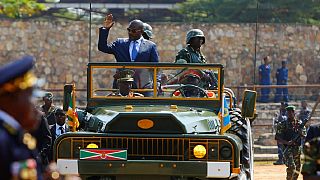 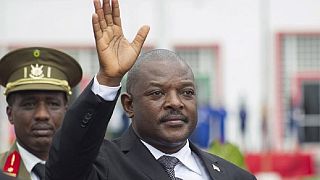 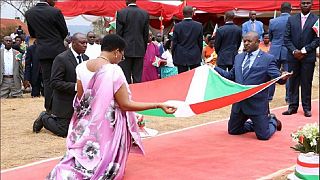