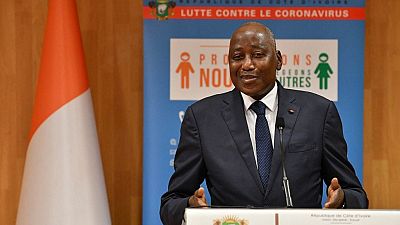 Ivorian Prime Minister Amadou Gon Coulibaly is in France for medical checks, the government announced on Saturday in an official statement. He arrived in Paris same day.

In his stead, Defense Minister Hamed Bakayoko, will act as Prime Minister. The statement did not specify when he will be returning to the country.

Coulibaly is a top official of the government and is in line to succeed outgoing president Alassane Ouattara. In mid-March, he was elected by the ruling party to take over from Ouattara who leaves office after polls scheduled for October 2020.

Coulibaly is a close ally of Ouattara and has held the Prime Minister portfolio since 2017. The news of his medical leave has sparked some backlash especially on social media. It thrusts to the fore the debate about how African politicians abandon abandoned health systems to seek medical care in Europe.

Ivory Coast is one of the most impacted West African countries with respect to the ongoing COVID-19 pandemic. Incidentally, acting PM Bakayoko recovered from infection barely weeks ago. Ivory Coast’s case file as of May 3, 2020 was: 1,362 cases, 622 recoveries, 15 deaths.