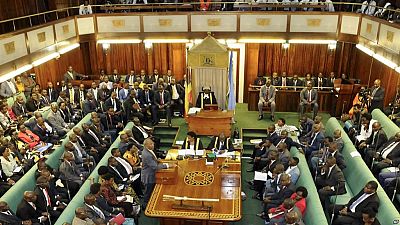 Ugandan president Yoweri Museveni has criticised MPs for allocating to themselves 10 billion Ugandan shillings ($2.6 million dollars) in the name of raising coronavirus awareness. He described the action of the parliamentarians as “falling into a trap”.

Addressing the country on Tuesday, Museveni said he’s heard that Ugandans are very angry with the MPs, saying he also disagreed with the move because not only is it bad planning because it distorted the budget, it also has legal implications and was morally “reprehensible” for MPs to allocate themselves $2.6 million in the middle of a pandemic.

While the High court stayed the allocation of the funds until after the hearing of the case filed by MPs Gerald Karuhanga and Jonathan Odur on April 29, speaker of parliament Rebecca Kadaga against the advice of the attorney general William Byaruhnaga, granted permission to MPs to spend the money – saying they were not party to the suit.

The one who bought on their own, the question is who authorized you to buy for the country? The auditor general will come in and audit and say you bought badly so that we sort this. They can pay it back if they spent it wrongly.

She said it was “stupidity” for MPs to run to court to try and settle parliamentary affairs. But Karuhanga and Odur insist that parliament broke its own rules of procedure when allocating the money.

Museveni said it is “totally unacceptable” under his NRM government for MPs to take on roles for which they were not mandated. He said he advised the speaker of parliament to tell the MPs to send the money to the district taskforces fighting the coronavirus pandemic. Some MPs, he said, have gone ahead to use the money to purchase other things that they have donated in their constituencies.

Museveni said MPs have never been accorded the role of purchasing for government and the auditor general is going to get involved because the money they used is government money and not personal money.

“The one who bought on their own, the question is who authorized you to buy for the country? The auditor general will come in and audit and say you bought badly so that we sort this. They can pay it back if they spent it wrongly,” Museveni said.

Museveni also said by donating items, the MPs were interfering with government’s efforts to fight coronavirus. He said such interference had led to the arrest Mityana municipality MP Francis Zaake for distributing food to his hungry constituents.

Earlier, Museveni said politicians caught distributing food during the coronavirus pandemic would be charged with attempted murder and will not get bail. The president criticised police personnel for the selective application of his directive on food distribution.

Zaake was arrested on April 19 and has been in detention since and Museveni wondered why NRM people including ministers who had done the same had not been arrested as well.

“How do you arrest Zaake and leave these ones of NRM including ministers who are also distributing items? We’ll have to learn from these bad experiences,” said Museveni. Sembabule Woman MP Anifa Kawooya and state minister for Microfinance were captured on video distributing food items in the constituencies without observing social distancing guidelines.