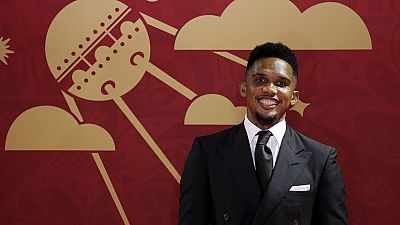 The coronavirus epidemic continues to disrupt life across the world. The disruption is much lesser in African countries that have recorded cases as compared to for example Italy where the entire country is almost in a lockdown. Most countries have banned all sporting competitions.

Our main coronavirus hub is seized with major developments around the epidemic. This piece will focus on the impact on sports given a raft of incidents that have been undertaken.

Kenyan marathon great Eliud Kipchoge has been speaking about keeping fit whiles still observing isolation in the wake of the coronavirus pandemic.

The world long marathon record holder encouraged those staying indoors during self-isolation to work on getting their fitness levels up, as they cope with the effects of COVID-19. His story is shared by the CGTN Africa team as below:

“I think the whole world will hopefully beat this virus in the next month and maybe May we are able to come back to our training and resume in a big way. We will win this fight against COVID-19.

“just have some steps to run on, just let us keep fit. Let us keep fit both physically and mentally by reading some newspapers, be with the family, watch good movies together which helps make the days move and you get more knowledge.

President of the continent’s football body, Ahmad Ahmad on Friday shared his coronavirus message which ranged from administrative measures by the body, decision on competitions and Africa’s role in combating the pandemic.

SUSPENDED: Following the measures announced by President Emmerson Mnangagwa in the wake of the COVID-19 or coronavirus pandemic that has been declared a national disaster, ZimCricketv has with immediate effect suspended all forms of cricket in the country #coronavirus pic.twitter.com/0R5z5gI3lZ

The Championship of African Nations, CHAN, a CAF organized competition has been suspended due to the coronavirus pandemic. The tournament was meant to take place in Cameroon in April 2020.

The local organizing committee after a meeting on Tuesday (March 17) announced the decision to suspend the competition which was slated for between April 4 – 25.

Cameroon currently has 10 confirmed cases of the coronavirus even though government has yet to impose restrictions on sporting events as at today.

CHAN is a version of the African Cup of Nations but is reserved for players that ply their trade on the continent. The current champions are Morocco who beat Nigeria in the final of the last tournament in 2018.

Namibia’s football body had confirmed that they were withdrawing their participation from the competition. CAF last week suspended all 2021 Cup of Nations qualifiers over the pandemic. FIFA had also advised last week that all international matches be halted.

Tanzania president John Magufuli announced over the weekend that an annual torch race has been suspended over the coronavirus outbreak. The president said he had taken the decision “after consulting with the Vice President and Prime Minister.”

“I have decided to temporarily suspend the Uhuru torch race until coronavirus is contained. The money which was set for the race should now be directed to preparedness of the facilities for addressing possible coronavirus cases,” he said.

At the time of the statement, Tanzania had not recorded a case. On Monday, the first case was confirmed. The victim is a woman aged 46 who arrived in the country on 15th of March 2020 and was isolated Mt. Meru Hospital, reports said.

The Uhuru Torch (Swahili: Mwenge wa Uhuru, literally “Torch of Freedom”) is one of the National Symbols of Tanzania. It is a kerosene torch. It symbolizes freedom and light. The 2020 edition was set to kick off from Zanzibar.

Ghana became the eight African country to have its football league suspended after the president announced a ban on public gatherings on Sunday evening.

Shortly after, the football association in a statement said it had suspended all football competitions across the country. “Public gatherings are banned in Ghana. Funeral gatherings shouldn’t have more than 25 people,” President Akufo-Addo announced.

Algeria became the seventh African country on record to have suspended its league on Sunday. The measure forms part of nationwide lockdown on sporting competitions.

Other countries that have suspended football competitions officially are: Egypt, Morocco, Kenya, DRC, Gabon, and Sudan. The South African league body said it was meeting to decide on a way forward after President Ramaphosa announced a ban on public gatherings.

Meanwhile the continent’s football governing body, CAF, and the world body, FIFA, have all advised that competitive fixtures be suspended in the wake of the coronavirus outbreak.

In light of the current situation concerning the Coronavirus, the Bureau of the FIFA Council has decided that the general football rules which normally oblige clubs to release players for national team matches will not apply for the up-coming international windows in March/April.

The situation is rapidly evolving across the world and various international travel restrictions have already been imposed by different public authorities.

FIFA understands that to hold the matches under current circumstances might not only present potential health risks to players (and to the general public) but would also, most likely, compromise the sporting integrity of such matches insofar as certain teams may be deprived of their best squads whilst others may not.

To avoid any unnecessary health risks and also situations of potential sporting unfairness, we therefore recommend that all international matches previously scheduled to take place in March and April should now be postponed until such time that they can take place in a safe and secure environment, both for players and for the general public. The final decision on this issue rests with the respective competition organisers or relevant member association in case of friendlies.

.WHO & FIFAcom will work with footballers, coaches, confederations, federations, clubs & all other stakeholders to raise awareness on how people can stay safe & support each other to fight #COVID19. Through teamwork & by putting public health first we will beat #coronavirus. pic.twitter.com/7AcMDahXEl

CAF to go ahead with competitive fixtures

BREAKING: CAF have announced the postponement of AFCON 2021 qualifiers due to #CONVID19 pic.twitter.com/jVvu1EWzPj

CAF to go ahead with competitive fixtures

While the World Health Organization has declared that the coronavirus has moved from epidemic to pandemic status, more worrying than ever, the Confederation of African Football has decided to maintain the programming of all its competitions, namely, the qualifiers for the CAN 2021 scheduled for 25-31 March, and the CHAN 2020 to be held from 4 to 25 April.

A decision taken on the basis of daily reports from the WHO, which prove that no African country to date has been declared high risk contrary to the evolution of COVID-19 worldwide.

Present in a dozen countries of the continent with 111 confirmed cases, the pandemic is advancing at chameleon-like pace in Africa while there are more than 100,000 confirmed cases worldwide with thousands of deaths.

Some countries, such as Kenya, have travel restrictions in place for sportsmen and women, which for sure could reduce the participation of some key days that national teams might need to win matches during the qualifiers for the AFCON 2021. Under these conditions, is it still possible to organise these competitions?

The spread of the Coronavirus in recent days has compelled several countries on the continent affected by the COVID-19 to take drastic measures.

This is the case of Algeria, which has cancelled all public events, especially sports. Morocco has decreed that all future football matches will be held behind closed doors. The same goes for Egypt.

Following a directive from the GOK (Government of Kenya) and due to the global outbreak of the Covid-19 virus, AK has suspended all clearance and travel to international events for athletes & athlete support personnel until further notice.

In a bid to safeguard the athletes and consequently the country from the virus, we urge all athletes to cancel travel arrangements for the next one month pending further communication. We apologize for any inconveniences caused.

In the light of the ‘COVID-19’ outbreak, which has been officially declared a global pandemic by the World Health Organization (WHO), we have been forced to take the difficult decision to postpone the celebration of WFS Africa, scheduled for March 17-18 in Durban, South Africa.

After closely monitoring the evolving coronavirus outbreak and assessing the risk to our visitors, we have concluded, together with the provincial government of KwaZulu-Natal, our Main Partner, that this is the only way to guarantee the well-being of all our visitors.

During the last few months we have strived to put together an event of the caliber that the African football industry deserves. We were extremely excited with our first-ever African summit and looking forward to welcoming the continent’s most relevant leaders and stakeholders. This decision is heart-breaking for the WFS team.

We want to thank all our speakers, business partners, exhibitors, delegates and members of the media for your enthusiastic support and apologize for any inconvenience. We would also like to underline the solid leadership demonstrated by the South African government and the crucial guidance provided by our Main Partner, the KwaZulu-Natal provincial government.

We look forward to continue growing our partnership in order to build the best possible platform for the African football industry to meet. We will keep monitoring the situation closely while exploring options to reschedule WFS Africa for July-August 2020 depending on the global evolution of the outbreak. Further details will be confirmed as soon as possible.

Football’s world governing body, FIFA, has rescheduled its 70th Congress that was scheduled for May 2020 at the African Union’s headquarters in the Ethiopian capital Addis Ababa. The event has been moved to September 2020 in Addis Ababa.

An official FIFA statement issued on Wednesday (March 11) read in part: “On account of the spread of COVID-19, numerous international bodies and public health authorities have advised against the organisation of international events.

“Concerns over the health and well-being of participants, as well as travel restrictions in many countries, have resulted in the cancellation or postponement of many such events in various parts of the world.

“Mindful of this, and given the wish of FIFA to organise a Congress which all member associations are able to attend, the Bureau of the FIFA Council has decided to reschedule the 70th FIFA Congress from Friday 5 June 2020 to Friday 18 September 2020 in Addis Ababa, Ethiopia.”

In June 2019, FIFA announced Addis Ababa as host of the gathering of world football governing body’s supreme legislative body, the FIFA Congress. The announcement was made at the end of the 69th Congress which took place in the French capital, Paris.

“In addition, the FIFA Council meeting planned for Friday 20 March 2020 has also been rescheduled to a date yet to be confirmed in June-July 2020 at the Home of FIFA in Zurich or via video conference,” the statement concluded. 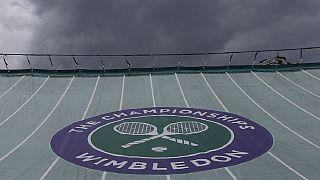