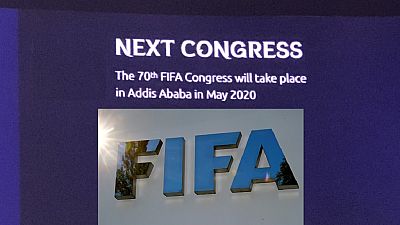 Addis Ababa, the Ethiopian capital has been chosen to host the next gathering of world football governing body’s supreme legislative body, the FIFA Congress.

The announcement of the 70th FIFA Congress taking place in Addis Ababa was made at the end of the 69th Congress which took place in the French capital, Paris.

According to Chief of Staff of the AU Chairperson, the Congress will take place at the Union’s headquarters in May 2020.

“In just over three years, this organisation went from being toxic, almost criminal, to being what it should be: an institution that develops football,” said Infantino when addressing the Congress.

“This new FIFA has a mission and a plan for it, which is why the next four years have, in fact, already started: we have laid solid building blocks for the future.”

Addis Ababa, the seat of African diplomacy – as it hosts the African Union, AU; has in recent times boosted its reputation for hosting big conferences partly due to recent raft of reforms by Prime Minister Abiy Ahmed.

Early this year, it was announced that Addis will be hosting the 2020 edition of the World Economic Forum, WEF. The announcement was made following a meeting between Abiy and Prof Klaus Schwab, Founder and Executive Chairman of WEF.

In early May this year, the capital also hosted the World Press Freedom Day activities over three days. PM ABiy was awarded the Houphet Boigny Prize for 2019.