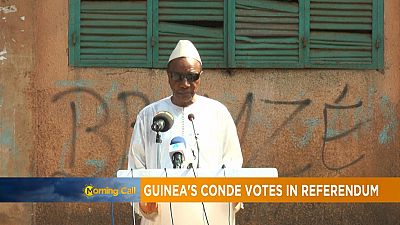 Voters in Guinea have cast ballots in a contested referendum and parliamentary election held against the backdrop of deadly protests and the coronavirus pandemic.

Guinea’s leader President Alpha Conde is proposing a change to the constitution to codify gender equality and introduce other social reforms.

But his opponents fear the real motive is to reset presidential term limits, allowing the 82-year-old leader to run for a third term in office later this year, our journalists Hauwa Suleiman and Jean David Mihamle followed up on Sunday’s poll and sent in this report.