Tunisia’s designated Prime Minister Elyes Fakhfakh on Wednesday named a new coalition government after reaching an agreement with the Ennahda party, bringing an end to the political crisis.

The Tunisian economy has been hit by the political wrangling with the nation sinking further into debt due to a series of big-budget deficits.

So does this news bring with it hopes of economic stability? Economist Aram Belhadj gives us his view. 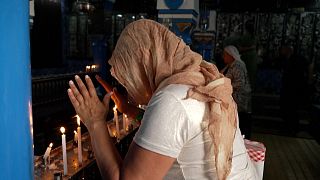