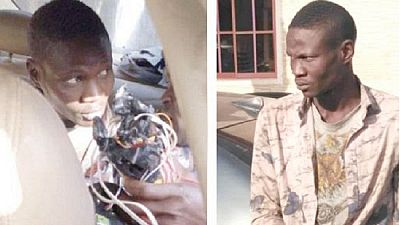 A failed church bomber in northern Nigeria generated a religious spat on Twitter with a number of Muslims claiming that the media had refused to mention his religion because he was Christian.

The accusations and counter-accusations went as far as people claiming that Nathaniel Samuel was a actually a Muslim. His father settled the issue in an interview with the widely circulated Daily Trust newspaper in an interview.

Mr Samuel Ezekiel, confirmed that his son is a Christian, and not a Muslim as was widely speculated on social media. “No! Not for even a single day,” was his response when asked about his son being Muslim.

The young man was arrested over the weekend for allegedly trying to bomb a Living Faith Church in north central Kaduna State. A vigilant church member drew the attention of law enforcement who arrested him.

He expressed disappointment at the son’s actions adding: “If he was alone, I don’t care but for the lives that are in the church, I begin to wonder. I shed tears.”