Bikutsi, a dance celebrating sexuality and relationships, has taken centre stage across Cameroon in the past three decades.

The form arose in patriarchal communities where women were forbidden “to raise their voices in public”, Cameroonian ethnomusicologist Jean Maurice Noah wrote in his book on the subject.

Olivia Beyene, Bikutsi singer said: “That’s the soppy, frilly side, that’s what it is. It’s a bit seductive too, it’s part of bikutsi, especially on stage and it’s specific to Cameroon, it’s specific to the Cameroon bikutsi show.”

Bikutsi was born in pre-colonial times in the fang, bulu and beti ethnic areas of central and southern Cameroon, where women would gather together after a hard day’s work, without the men, to sing and dance of joys, sorrows and frustrations.

In this era of freedom, some women expressed, the pain of living next to a violent husband, while others shared the secrets of a successful marriage with the younger ones. 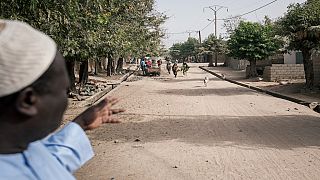 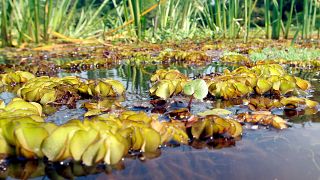