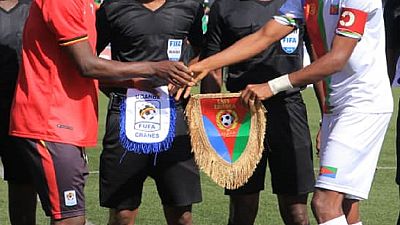 A Ugandan official says seven Eritrean soccer players have disappeared at the end of a regional tournament.

Rogers Mulindwa, a spokesman for a body that organised the Cecafa Senior Challenge Cup, said Tuesday that a police search for the players continues. A police spokesman did not immediately comment.

The players are believed to be the latest to defect from Eritrea, whose government under President Isaias Afwerki has been described by human rights groups as one of the most tightly controlled regimes in the world.

The Eritrean side had lost the tournament to hosts Uganda after being thumped 3-0 in the final of the East African regional championship.

The Red Sea Camels were however praised for their journey to the finals which included beating Kenya at the semi-final stage.

There was some consolation for Kenya as they took the bronze medal with a 2-1 victory over Tanzania in the third place play-off match.

The victory was the 15th Cecafa championship for Uganda, a record, according to the country’s football association, FUFA.