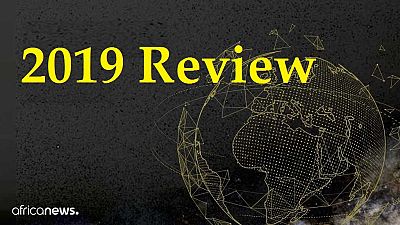 Elections generally have become a key fixture on the African news calendar and the year 2019 was no different. It was replete with a dozen elections, mostly presidential and other cases general polls. They spanned from North Africa through the West and in much of Southern Africa which experienced a busy year in that regard.

This is the third part of our election review. The first installment looked back at polls in Algeria, Guinea-Bissau, Namibia and Mauritius, while the second part reviewed elections in Botswana, Mozambique, Tunisia and Mauritania.

Significance of the polls: The December 30,2018 polls were significant because they would draw the curtain on Joseph Kabila’s 18 years as president of the Democratic Republic of Congo (DRC).

Main candidates: Kabila handpicked a successor, naming Emmanuel Ramazani Shadary as the ruling party candidate. While up to 21 candidates were registered to contest the presidential polls, the leading contenders were Shadary, and opposition candidates Felix Tshisekedi and Martin Fayulu of the Lamuka coalition.

Final results/aftermath: Official results by DRC’s electoral body, CENI showed that Tshisekedi won the election with over seven million votes representing over 38% of valid votes cast, while Fayulu came in second with about 35%.

Fayulu to-date contests these results saying he had won the election by 61% but the transfer of power from Kabila to Tshisekedi in January historically went down as the country’s first peaceful transition.

Significance of the polls: The February 24 presidential polls saw incumbent president Macky Sall seek re-election for a second and final term. While Sall was riding a high economic wave going into the polls, critics accused him of preventing credible challengers from contesting. Two main aspirants, Karim Wade and Khalifah Sall were disqualified over corruption convictions.

Four opposition candidates rejected the results but said they would not legally contest them. More than 66 percent of 6.7 million registered voters took part in the election.

Significance of the polls: Nigeria’s president Muhamadu Buhari, seeking a second and final term, was under pressure to convince the electorate his government was still up to the task of reviving the economy, fighting terrorism and insecurity in addition to stamping out corruption.

Main candidates: Buhari who was the candidate of the ruling All Progressives Congress (APC) party was challenged by a record but his main opponent was Atiku Abubakar of the opposition People’s Democratic Party (PDP).

Final results/aftermath: The president garnered 15.2 million votes or 56% against Atiku’s 11.3 million or 41%, on turnout of just 35.6 percent, according to the electoral commission. The latter contested the results but court dismissed his petition saying it had no merit.

Significance of the polls: The polls were a severe test for incumbent president Peter Mutharika whose government was accused of massive corruption and failing to revive an ailing economy. His deputy, Saulos Chilima quit the ruling party and formed his own party to contest the presidential elections.

Main candidates: There were seven presidential candidates but the frontrunners were Mutharika, opposition leader Lazarus Chakwera and deputy president Chilima.

Final results/aftermath: Malawi’s electoral commission declared Mutharika winner of the election with 38.7% of the votes cast. Chakwera, of the opposition Malawi Congress Party, scored 35.41% of the votes, while Chilima won 20.24%.

The opposition contested the results in court while a non-profit grouping, the Human Rights Defenders Coalition organised protests calling for the resignation of the electoral commission chief Jane Ansah.

Significance of the polls: The election was seen as a critical referendum on the ruling African National Congress (ANC), following president Jacob Zuma’s tenure that was marred by massive corruption scandals and weak economic growth. President Cyril Ramaphosa was hoping to get his first substantive mandate from the electorate having only taken over from Zuma in December 2017.

Main candidates: A record 48 political parties contested the election but the ruling ANC led by Ramaphosa, the main opposition Democratic Alliance (DA) led by Mmusi Maimane and the radical Economic Freedom Fighters led by Julius Malema were seen as the frontrunners.

Final results/aftermath: The ANC won 57.5% of the parliamentary vote and retained power in eight of nine provinces, making this its worst performance in a parliamentary vote since the end of white minority rule in 1994. The other parties polled as follows (top 5).