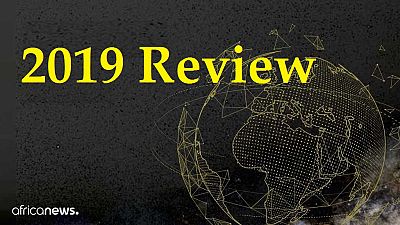 This is the second part of our election review, the first installment looked back at polls in Algeria, Guinea-Bissau, Namibia and Mauritius.

Significance of the polls: The ruling party that has governed Botswana since 1966 was facing a big challenge. The immediate past president Seretse Ian Khama had switched to the opposition with months to the vote. Corruption and economic downturn were other issues at the heart of the vote.

Main candidates: Incumbent Eric Mokgweetsi Masisi was leading the ruling Botswana Democratic Party, BDP, into the elections. His main opponent was Duma Boko, the leader of the Umbrella for Democratic Change (UDC) coalition, is the main challenger from the opposition.

Final results: The BDP won 38 of the 57 seats in the National Assembly, while the opposition coalition UDC won 15. Botswana has 925,000 registered voters in a population of 2.2 million.

Aftermath of the polls: President Masisi has since been sworn in for his first term in office. The opposition recently in a press conference from South Africa hinted that they were heading to court to challenge the results.

All you need to know about Botswana’s tight elections

Significance of the polls: This was to be the first election after the signing of a historic peace deal between the ruling FRELIMO and main opposition RENAMO. It also came montsh after a devastating cyclone Idai ravaged parts of the country.

Main candidates: President Filipe Nyusi was seeking a fresh term and had RENAMO’s Ossufo Momade as his main competitor. This is despite Momade also facing internal opposition from a faction of the RENAMO.

Final results: President Nyusi was re-elected with 73% of the vote and his Frelimo party got 74% of seats in parliament. Momade took 22% of the vote, according to Mozambique’s electoral commission, which reported an overall voter turnout of 51%.

In the 250-seat National Assembly, Frelimo won 184 seats, Renamo 60 seats and the MDM party got six seats. Renamo failed to win a single province in a vote where provincial governors were directly elected for the first time.

Aftermath of the polls: Renamo rejected the results, alleging the elections were marked by fraud and intimidation. The European Union mission also said the process was not conducive adding that the polls were held in a ‘climate of fear.’

Mozambique’s high-stakes vote: All you need to know

Significance of the polls: Elections were slated in September to elect a new president for the country after Beji Caid Essebsi said he will not contest for another term. He eventually died in office in July. Subsequently a vote date was put to October.

Main candidates: There was a crowded field of 26 candidates with over 7 million votes at stake. Among the 24 men and two women running for election were the prime minister Youssef Chahed , former president Moncef Marzouki, former prime minister Mehdi Jomaa and Defence Minister Abdelkarim Zbidi.

Final results: In the end a university professor seen as very close to the young voters, Kais Saied won with 76.9% of votes, according to state television. He bagged more than 50 percent ahead of Nabil Karoui, a media mogul who was prosecuted for tax evasion. He had 23.11% of votes.

The independent candidate thanked “the young people who opened a new page of history”, in front of his supporters in a hotel in central Tunis shortly after the announcement of his victory.

Aftermath of the polls: The president was sworn into office in front of the legislature.

Significance of the polls: The incumbent president Mohamed Ould Abdul Aziz was leaving office and he had served notice that he was not going to stay beyond the constitutional term limit. Mauritania braced for a new president.

Main candidates: The outgoing president’s preferred successor was Defense Minister Mohammed Ould Ghazouani. There were five aspirants in all including Biram Dah Abeid, a prominent black Mauritanian slavery campaigner and Mohamed Ould Boubacar, who is backed by Mauritania’s biggest Islamist party. About 850,000 votes out of 1.5 million have been counted.

Final results: Ruling party’s Ghazouani was declared winner with 52% of votes cast and bagging a first round victory. Rivals, Biram Dah Abeid and Mohamed Ould Boubacar got 18% each whiles the other candidates got single percentages.

Aftermath of the polls: Ghazouani had declared himself winner of the election hours after the close of polls casuing opposition to accuse him and Ould Abdel Aziz of a “near coup.” The opposition have since called for protests against the declaration of the elections body. Ghazouani has been sworn in as president.