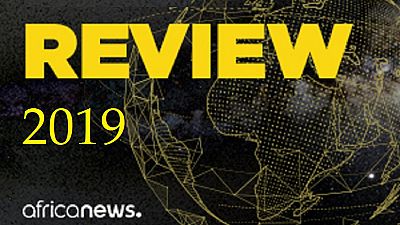 Elections generally have become a key fixture on the African news calendar. Year in and out a number of countries hold different categories of democratic elections.

From the local to legislative and the presidential. The latter has more often than not attracted most attention as incumbents battle for tenure extension and opposition push to oust the ruling government.

Significance of the polls: Protests that started early this year eventually forced long serving Abdul Aziz Bouteflika to step down despite having announced a fifth term bid. The protests plus pressure from the military forced him to resign. he was subsequently replaced by Abdelkader BenSalah.

Main candidates: Five candidates were on the ballot box despite mass protests calling for a boycott of the process. The protesters were demanding for an overhaul of the political class before any vote takes place.

Of the candidates were two former Prime Ministers and two other former top officials of the erstwhile Bouteflika era. Attempts to disrupt the process were quelled by police and the poll took place on December 12.

Final results / aftermath: Abdelmadjid Tebboune a former PM won the vote by 58%, the national electoral body announced quoting preliminary results. Turnout was put at below 40% which is a record low in the country’s electoral history. Protesters rejected the process but the winner called for dialogue.

Significance of the polls: This will be the final vote for the year in an African country, Guinea-Bissau is hoping to finally get a new leader to end running political crisis that has dogged the country since 2014.

The initial vote in late November was inconclusive with incumbent Jose Mario Vaz placing third and being ruled out of a second round. The final process is slated for December 29.

Final results of first round: Sissoco Embalo came in second in the first round on 24 November, with 27.6% of votes against 40.1% for Pereira. Outgoing Mario Vaz managed only 12.4 % of votes cast.

Aftermath of the polls: December 29 will tell who becomes Guinea-Bissau’s next president. The campaign for the second round started on December 13 and ends on December 27.

Significance of polls: The Southern African country was going into the polls on the back of a big corruption case against former cabinet ministers. Namibia was also battling hard economic times amid a drought – which was declared a national emergency months before. The issue of reusing electronic voting which was first used in 2014 was raised but quashed by a court.

Main candidates: Incumbent President, Hage Geingob was seeking re-election on the ticket of the South West African People’s Organisation (SWAPO). His main opponents were Panduleni Itula, who broke away from SWAPO to contest as an independent candidate and main opposition candidate, McHenry Venaani of the People’s Democratic Movement.

Final results: Geingob was re-elected with 56.3% of the votes cast, a very sharp drop from the 86% he received five years ago. Itula won 30% of the vote, according to election commission figures whiles opposition leader McHenry Venaani polled just 5.3%.

SWAPO also won 65% of the seats in the National Assembly, failing to obtain a two-thirds majority. In the previous legislature, it held 80% of the seats. The turnout was 60% for the presidential election.

Namibia’s presidential, national assembly polls: All you Need to Know

Significance of the polls: It was the first election since retired PM handed over to his son in 2017. Pravind Kumar Jugnauth, 57, became prime minister when his father stepped down from the post, it was a test of whether the opposition’s monarchical accusations would be accepted.

Final results: The ruling party won more than half of the seats in parliament, securing the incumbent a five-year term. MSM won 38 of the 62 seats up for grabs while its rivals, the Labour Party and MMM garnered 13 and 9 seats respectively.

Two seats on the island of Rodrigues were won by the Organisation of the People of Rodrigues (OPR) party. Some 723,660 voters, 76.84 percent of those eligible, turned out for the ballot, officials said. The turnout was 2% higher than the last election.

Vote aftermath: The new Prime Minister has been sworn into office in the prosperous Indian Ocean island of 1.3 million people, which touts itself as a bridge between Africa and Asia and has a flourishing financial sector.

Rundown: How Mauritius elections played out