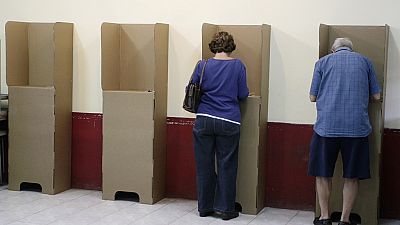 Mauritians went to the polls on Thursday, as the reigning prime minister Pravind Jugnauth seeks his first substantive mandate, having taken officer after his father stepped down two years ago.

Nearly a million voters are registered for the parliamentary election in Mauritius, a stable democracy in the Indian Ocean, which gained independence from the United Kingdom in 1968.

Jugnauth succeeded his father Sir Anerood Jugnauth as prime minister without a popular vote when the older man stood down in 2017, two years ahead of schedule.

These polls mark the first opportunity for Mauritians to decide whether he should continue to rule.

In this article, we will track the voting process, until official results are declared.

MSM won 35 of the 62 seats up for grabs while its rivals, the Labour Party and the Mauritian Militant Movement (MMM), garnered 15 and 10 seats respectively, the election commission said.

The turnout was 2% higher than the last election.

The prime minister told reporters in his constituency after he voted that he was satisfied that the election is taking place in a calm and orderly manner.

“I will be touring the polling centres around the country and I wish that this election remains exemplary,” he said.

Voters who had cast their vote by 11 a.m. local time said the main expectations from the next government would be growth and job creation.

Abendra Patten, a voter in the capital Port Louis, said he thought that promoting high-tech industries was the way forward.

“This is where our future growth and jobs for our youth will come from,” he said.

Mauritius expects its economy will expand by 4.1 percent next year up from its forecast of 3.9 percent this year.

Voters in the prosperous Indian Ocean island of Mauritius went to the polls on Thursday in a parliamentary election which will decide its leader for the next year five years.

Polling stations opened at 7 a.m. and close 6 p.m. with results due out on Friday.

The island of about 1.3 million people presents itself as a bridge between Africa and Asia, deriving most of its revenues from a flourishing offshore financial sector and traditional economic pillars including tourism and textiles.

Analysts expect economic diversification to continue regardless of who wins the elections.

Campaigning lasted for a furious two weeks, with Mauritius bedecked in the flags and colours of the warring parties.

The opposition which unsuccessfully demanded fresh elections two years ago, has called on voters to “free the country from the grip of the Jugnauth clan”. They have consistently argued that the action of Jugnauth senior anointing his 57-year-old son as leader amounted to little more than nepotism.

“The Mauritian people will have the opportunity to block, once and for all, corruption, nepotism, the perversion of our institutions and the misappropriation of public funds,” said Navin Ramgoolam, whose own father, Seewoosagur, served as prime minister for 14 years between the 1960s and 1980s.

Jugnauth has weathered attacks over the nature of his appointment by highlighting his economic record.

The country’s economy grew by 3.8 percent in 2018 thanks to its tourism and banking sectors. The first stage of a new light rail network is scheduled to open in December. He has also introduced a minimum wage, about $240 a month, increased pensions for the elderly and reformed labour laws.

“I have done in two and a half years what the previous government, led by Navin Ramgoolam, did not do between 2005 and 2014,” said Jugnauth, who is also Finance Minister.

For the first time in decades, three distinct political blocs will vie for power in the legislative elections. New alliances could be likely if none can clinch an absolute majority.

Jugnauth heads the centre-right Morisian Alliance and at the last campaign rally on Sunday, he appealed to voters to give him “a comfortable majority” to enable him to secure outright victory for his party, the Militant Socialist Movement (MSM).

Ramgoolam of the Labour Party leads the centre-left National Alliance. The 72-year-old is a former prime minister and has promised to increase retirement benefits by a higher percentage than one proposed by the incumbent, a promise he hopes will help him win over elderly voters numbering about 220,000.

Paul Berenger, who briefly served as prime minister between 2003 to 2005, has also denounced dynastic “papa-piti” (from father to son) politics and accused Jugnauth of presiding over “scandals of all kinds”. With his Mauritian Militant Movement,
Berenger has promised to curb corruption in the public sector.

Voters have to choose 62 MPs, 60 from the main island of Mauritius, and two from Rodrigues, a small island some 600 kilometres (370 miles) to the east.

The Electoral Commission then appoints eight other representatives from among those not elected, but who received a high number of votes, to rebalance the distribution of seats between parties and communities in the national assembly.

The 70-member Assembly governs for a 5-year term of office and must lead the formation of a multi-party majority coalition (unless one party alone obtains a majority and decides to govern alone), which will appoint the Prime Minister.

If no party emerges with a clear majority, the rules demand that the one with the highest number of seats forms a coalition with a smaller partner.

Mauritians hold elections every five years. The country also has a President, but his functions are largely symbolic.

Mauritius has developed from a poor, agriculture-based economy, to one of Africa’s wealthiest nations and financial services hub.

But it has increasingly come under fire for helping global companies avoid paying taxes, often in poor African nations, and was until October on a European Union watch list.

General unemployment, while low compared to the rest of the continent, remains high among youth at 22 percent, and inequality is seen to be rising. Pope Francis, who visited in September, urged the island against profit at all costs.

Mauritius is a melting pot of religions and ethnic backgrounds. The population of 1.3 million is predominantly Hindu but has sizeable Christian and Muslim minorities.

A new government will need to initiate policies to jumpstart flat growth and lift economic prospects for the country’s 1.3 million people. 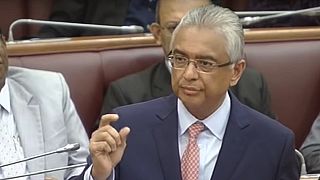 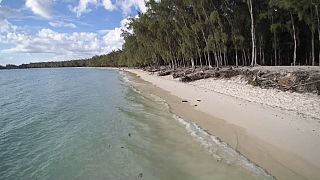