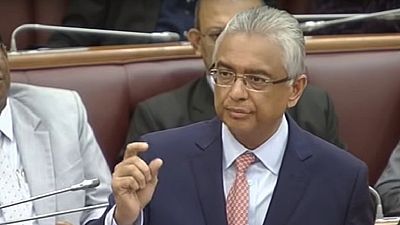 <p><strong>Parliamentary elections in Mauritius have been scheduled for 7 November, according to an announcement on Sunday on national radio. Pravind Kumar Jugnauth the Prime Minister asked the President of the Republic to dissolve the National Assembly.</strong></p> <p>Parliamentary elections will result in a 70-member Assembly with a 5-year term of office and must lead to the formation of a multi-party majority coalition (unless one party alone obtains a majority and decides to govern alone), which will appoint the Prime Minister.</p> <p>The current head of government, Pravind Jugnauth, succeeded his father Anerood Jugnauth in 2017, a Mauritian political leader who resigned at the age of 86. </p> <p>“I thank the people for their confidence in us during the elections held in December 2014,” said Prime Minister Pravind Jugnauth, as he announced the election date and the deadline for candidate registration on 22 October.</p> <p>Mauritius, a stable democracy in the Indian Ocean with a population of about 1.3 million, gained its independence from Britain in 1968. Its economy is based on tourism, financial services, sugar and textile exports.</p> <p>Mauritius has a President, but his functions are largely symbolic.</p> <p><strong><span class="caps">AFP</span></strong></p>