'You Are Fools' track: Kenyan rapper gets support after 'police invite' 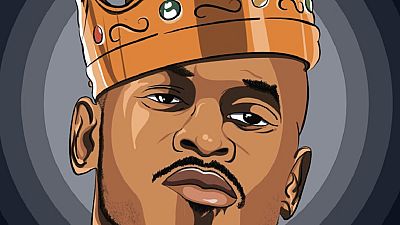 Kennedy Ombima, a Kenyan rapper popularly reffered to as King Kaka has taken a swipe at the police for denying that they had invited him over his controversial track.

The rapper posted on Twitter that he had been invited by police but hours later, the police released a statement to the effect that no such invitation had been extended.

Several players in the country’s entertainment industry have openly voiced their support for the King Kaka whose whose other nicknames include King Sungura and Rabbit.

Pressure from Kenyans have made them retract. Because they are summoning him for something that has no legs or tail.

“Pressure from Kenyans have made them retract. Because they are summoning him for something that has no legs or tail,” he added. A sitting governor, Anne Waiguru of Kirinyaga County, has sued him over the song.

We wish to condemn strongly false information being peddled through social media to the effect that one Kennedy Ombima RabbitTheKing has been summoned. Nobody from DCI_Kenya has summoned him| bonifacemwangi |citizentvkenya https://t.co/aeEZ7JQEZS

He had days back requested for prayers and protection after his controversial song titled ‘Wajinga Nyinyi (You Are Fools), criticised politics, corruption and elections among other ills in the East African nation.

His song which continues to enjoy massive viewership on YouTube highlights all the corruption scandals that have rocked Kenya recently. He went on to chastise the population for electing the wrong leaders who worsen the public plight.

Kenyans who support his song say he dissects the how the weel-to-do political class continue to impoverish the stranded populace by their actions.

He has divided public opinion in the country and has become a hot topic in the country. The buzzing social media space continues to debate the content of his song as relates to current realities.

When the song premiered the artist warned that he might have to take it off YouTube for a while but the government agency in charge of films and music clarified that he was free to publish the song. Head of the agency said anyone offended by the content could seek legal redress.