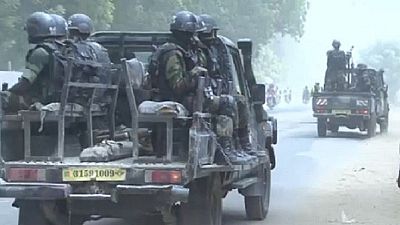 A military court sitting in the Cameroonian capital Yaounde will begin hearing a case involving seven soldiers who killed two women and their children in 2018.

Hearing is scheduled to start in January 20. Authorities have disclosed that the hearing will not be open to the public.

A video of the killing was released and subsequently went viral on social media forcing the government to constitute a probe after having initially rejecting it as “fake news.”

The BBC Africa Eye’s in an investigative piece that dissected the gruesome killing of two women and their babies by security forces deployed in the fight against Boko Haram insurgents.

The piece employed technology – satellite imagery, available news footage and matched it with the video of the shooting that drew widespread condemnation when it surfaced on social media.

The BBC work tracked when it possibly happened – dating as far back as 2015 and identified two of the soldiers involved.

The other gruesome killing was also shot in the same region and involved soldiers opening fire on a dozen young men who were lying prostrate.

A lawyer defending the seven soldiers, Sylvestre Mbeng, said he believes the trial has been made private because the authorities fear there could be damaging revelations.

Human Rights group Amnesty International has called for justice for the women and their children. The United States government openly slammed the incident and asked that a through probe be held.