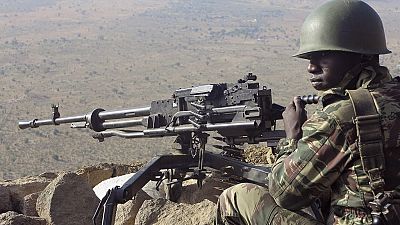 The United States has reiterated a call for Cameroon to fish out and prosecute soldiers complicit in extrajudicial killings in the country’s Far North region.

A Voice of America report on Friday said the Pentagon had confirmed demanding accountability from Cameroon over the gruesome killings.

“The Cameroonian government has taken recent steps to increase transparency and address allegations of gross violations of human rights seriously, but the government has not yet released information specific to its investigations,” Pentagon spokeswoman Air Force Maj. Sheryll Klinkel told the VOA in an email.

Klinkel also confirmed that the US military was working with the State Department to “ensure the government of Cameroon holds accountable any individuals found to be responsible.” The State Department had previously called on Yaounde to act.

The BBC Africa Eye’s in a recent investigative piece dissected the killing specifically of two women and their babies by police believed to have been deployed in the fight against Boko Haram.

The piece employed technology – satellite imagery, available news footage and matched it with the video of the shooting that drew widespread condemnation when it surfaced on social media.

The government initially rejected it before later announcing the arrest of soldiers in connection with the footage. The BBC work tracked when it possibly happened – dating as far back as 2015 and two of the soldiers involved.

The other gruesome killing was also shot in the same region and involved soldiers opening fire on a dozen young men who were lying prostrate.

Cameroon is currently facing a security crisis in its English-speaking regions where armed separatists are fighting government forces.

The situation has led to people fleeing the regions whiles others cross the border into Nigeria. State actors and separatists have been accused of killing, injuring and threatening citizens. The region is seen as a major flash point as voters elect a new president on October 7, 2018.