As Namibians vote in November 27 presidential and National Assembly elections, two core facts around the process are the biggest group of voters and leader of the elections body.

Official Electoral Commission of Namibia, ECN, records indicate that persons under the age of 40 make up over half of the voter population which is over 1.3 million.

Chairperson of the ECN also happens to be a woman in the person of Adv. Notemba Tjipueja. She has served in the role since 2015 after serving as Chairperson since August 2011, on a part-time basis.

She joins a handful of women election chiefs across Africa. Ethiopia, Zimbabwe, Ghana and Malawi all have election bodies headed by women.

Aside the ECN Commissioners, there is the secretariat which is led by Theo Mujoro as Chief Electoral and Referenda Officer. He is supported by four other directors. They run the day to day operations of the southern African nations’ electoral body.

About the ECN Chairperson:

Adv. Tjipueja has also served as a Commissioner of the ECN from 2000-2005, 2007-2011. Extensive electoral experience has been gained over the years through exercising the ECN mandate and attendance of various international, regional forums and various international and regional observer missions.

Tjipueja has extensive legal experience ranging from company law, civil law to international law. Aspects of international law experience was gained during her tenure as the Director of the SADC Legal Sector responsible for legal advice to the international, Regional Body known as the Southern African Development Community (SADC).

During this time, she was instrumental in the establishment of the SADC Tribunal in Namibia, an international court established by SADC to serve the SADC region. Tjipueja has served on numerous Boards and Professional Bodies in Namibia.

Her fellow ECN Commissioners are: 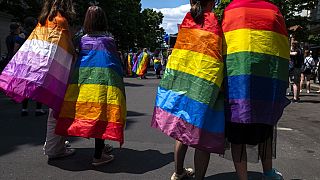