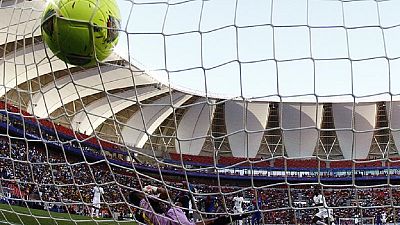 Senegal showed their teeth on the opening day of qualifiers for the 2021 African Cup of Nations but other continental heavyweights struggled to find form on Wednesday.

Nigeria could only scrape a 2-1 home win over neighbours Benin while Cameroon were held to an embarrassing home draw by the Cape Verde Islands.

Cameroon are hosts of the next finals but are also participating in the qualifying competition.

Assan Cessay scored two goals in two minutes for the Gambia, who went on to cause an upset by winning 3-1 in Angola to secure their first away victory in a Cup of Nations or World Cup qualifier.

There were also wins for the Central African Republic, Guinea Bissau, Malawi, Namibia and Sudan and a potential valuable away point for the small mountain kingdom of Lesotho, who drew 1-1 in Sierra Leone.

Senegal, runners-up in this year’s Nations Cup in Egypt, beat Congo 2-0 at home with first-half goals from Sidy Sarr and Habib Diallo as Sadio Mane provided an assist.

Nigeria went behind after nine minutes in Uyo where Stephane Sessegnon scored for Benin but a penalty from Victor Osimhen and the winner from Samuel Kalu ensured a narrow win.

It is the fourth time in five games that goal-shy Cameroon have played out a goalless draw in a stuttering start for new coach Toni Conceição.

Angola were ahead after two minutes through Wilson Eduardo but were hit by a double from FC Zurich striker Cessay before Sulayman Marreh added a third for Gambia on the stroke of fulltime.

Gambia had not won in 39 previous away qualifiers, including losing in Luanda two months ago in the 2022 World Cup preliminaries.

Qualifiers continue with matches every day until next Tuesday, by which time each of the 48 participating countries will have played two games each.