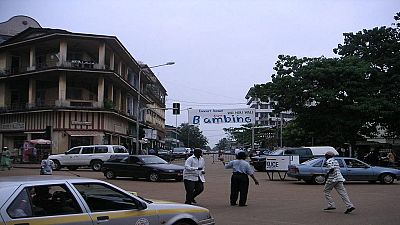 The president of the electoral commission in Guinea announced on Saturday that the legislative elections, which have been delayed for months, will take place on 16 February 2020.

The same chairman of the electoral commission had proposed in September the date of 28 December. The opposition and its representatives on the commission had denounced an unrealistic project and, according to them, it is a ploy to help President Alpha Condé to run for a third term in 2020.

The International Organization of la Francophonie had concluded that the date of 28 December was “to be reconsidered”. The OIF is an actor accompanying the electoral process, responsible for implementing the recommendations of an audit of the electoral register.

The commission reiterates its readiness to organise a credible, inclusive and transparent election. The challenge is certainly significant, but I am convinced that it is well within the reach of the sovereign people of Guinea.

This time, however, the new timetable was adopted unanimously by the 16 members of the committee present (out of 17), the committee said in a statement.

This new date is being announced at a time when Guinea is experiencing mass protests after a collective of opposition parties, trade unions and civil society groups have vowed to block a possible third term bid of President Condé.

The current Parliament took office in January 2014 for five years. Elections were scheduled for late 2018 or early 2019, but did not take place for political and technical reasons, amid heated disputes between President Condé‘s majority and the opposition.

The updating of the electoral register has emerged as a major obstacle. In January, Mr. Condé extended Parliament’s mandate until a new legislature was installed on an unspecified date.

Commission Chairman Amadou Salif Kébé reported that Guinea had acquired the election materials requested by the election audit. As for the lists, their revision has begun and the feedback is “very comforting”.

The commission “reiterates its readiness to organise a credible, inclusive and transparent election. The challenge is certainly significant, but I am convinced that it is well within the reach of the sovereign people of Guinea,” he said.