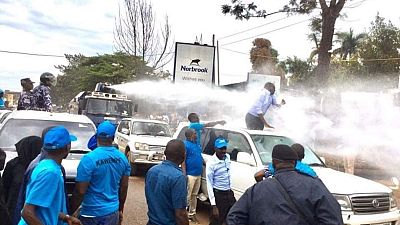 Uganda’s security agencies were kept busy on Monday as they deployed at the country’s leading university, clashed with journalists and arrested veteran opposition leader, Kizza Besigye.

Pictures and videos of former presidential candidate Besigye being thrust from his car by water canons evoked harsh reactions from Ugandans, who condemned the use of violence by the country’s police.

We had a conference scheduled to take place at Namboole Stadium Parking earlier, the rogue PoliceUg blocked off all entry and exit points of the said venue.

Our leaders decided to go to the headquarters to hold a presser there and this horrendous act was done on kizzabesigye1 pic.twitter.com/W0kguhkBKv

Local journalists say Besigye was on his way to the national stadium to address a gathering of supporters from the biggest opposition party, the Forum for Democratic Change (FDC).

A video clip from Record TV showing the moment kizzabesigye1 was thrust from his car.

Besigye was going to address FDC supporters at an organized assembly of the party in Namboole. pic.twitter.com/Rh2P9BdhFo

Police later issued statement confirming Besigye’s arrest, saying he had defied orders to change the venue of the party meeting and also inconvenienced road users when he parked his car in the middle of the road.

‘‘At the moment no charges have been preferred against him but investigators are still gathering evidence,” Kampala Metropolitan police spokesperson Mr Patrick Onyango said.

Police also arrested a number of journalists, who on Monday organised a march protesting unfair treatment of members of the press by the country’s security agencies.

The members of Uganda Journalists Association (UJA) were intercepted on their way to the police headquarters where they intended to deliver a petition asking the police leadership to stop brutalising journalists deployed to cover riots and demonstrations.

“We wanted to demand from police leadership that they parade and prosecute police officers who are involved in assaulting journalists,” Nandudu said.

Onyango at the time explained that the injured journalists were caught up in the violence, after they distanced themselves from riot police.

Police also deployed heavily at Makerere University, where students had planned to hold assemble and discuss ways of resolving an impasse with the institution over tuition fees.

Several students were arrested and some suspended for leading strikes against a cumulative 15% tuition fees increment policy, passed by the University Council last year.

The United States Embassy in Uganda on Monday issued a statement denying allegations that it was sponsoring students involved in the Makerere protests.

Allegations that we pay students to protest are absolutely false. We support Ugandans’ peaceful exercise of their constitutional right to free expression, and we do not take sides in Uganda’s politics.

“The Ugandan government should urgently carry out fair and transparent investigations and hold accountable security forces who have used excessive force,” HRW said.

The government of President Yoweri Museveni has over the years been accused by rights groups of rampant rights violations including violent crackdowns on opposition activists and intimidation of journalists.

In power since 1986, Museveni, 75, is widely expected to stand at the next polls in 2021 and is seen facing strong opposition from pop star-turned-politician Bobi Wine. 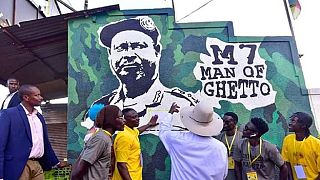 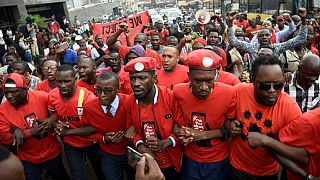 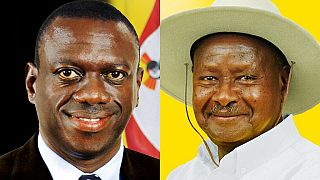