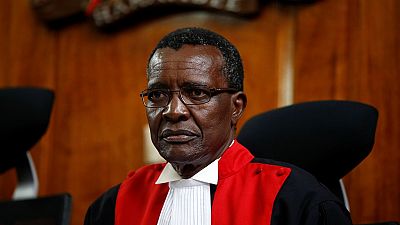 <p><strong>Kenya’s Chief Justice David Maraga on Monday said he has been treated ‘unfairly’, and effectively accused the executive arm of government of undermining the judiciary.</strong></p> <p>“They want to control the judiciary, they want to make the judiciary a puppet,” he told a rare press conference.</p> <p>Maraga, who has been the head of the judiciary since October 2016, historically annulled the election of president Uhuru Kenyatta in 2017, after evidence of illegalities and irregularities were presented by his opponent, Raila Odinga.</p> <h2 style="font-size:16px;">Budget cuts</h2> <p>Maraga said the judiciary’s operations have been negatively affected by spending cuts, explaining that while they had requested for $315m for the current financial year, only $145m was assigned. </p> <p>“I am making this statement very conscious that the economy is not doing well, but let the little there is be shared equally,” Justice Maraga said.</p> <p>This allocation was further reduced to $115m, as part of government’s measures to reduce spending. As a result, Maraga says court of appeal sessions in four major towns had been suspended, while mobile courts have stalled.</p> <p>“Give us a reasonable percentage of the budget. But don’t throw us to the treasury to go there and be told to wait and wait, even the little you can’t access.”</p> <blockquote class="twitter-tweet"><p lang="en" dir="ltr">“Unless the budget cuts are reversed, we do not have money for fuel, we will not have mobile courts, we will not have the court of Appeal circuits, we will not be able to pay for wi-fi for the e-filing and e-payments, plans to automate corruption courts will halt…” – CJ Maraga <a href="https://t.co/MPWGiDOnCf">pic.twitter.com/MPWGiDOnCf</a></p>— Citizen TV Kenya (@citizentvkenya) <a href="https://twitter.com/citizentvkenya/status/1191258380654071809?ref_src=twsrc%5Etfw">November 4, 2019</a></blockquote> <script async src="https://platform.twitter.com/widgets.js" charset="utf-8"></script> <h2 style="font-size:16px;">Respect court rulings</h2> <p>The chief justice also accused the government of “impunity” in respecting court judgements including paying out compensations.</p> <p>“I am not saying the government has endless resources to pay anything, but if the orders have been made against the government and they have not appealed, or they have appealed and lost, then let them pay. That is what happens in civilised countries.”</p> <h2 style="font-size:16px;">Maraga outlines case</h2> <p>Maraga went on to outline several instances where the office of the Chief Justice has not been accorded the ‘respect’ it deserves’.</p> <ul> <li>Failure to provide ‘suitable’ protocol vehicles to visiting dignitaries of the Judiciary</li> <li>Unceremonious reception at state functions, including State House</li> <li>CJ is barred from accessing government <span class="caps">VIP</span> lounge at major airports in the country</li> <li>Threats from cabinet secretaries that Maraga’s tenure will end this year</li> <li>Attempts to withdraw police traffic clearance for the CJ</li> </ul> <style>.embed-container { position: relative; padding-bottom: 56.25%; height: 0; overflow: hidden; max-width: 100%; } .embed-container iframe, .embed-container object, .embed-container embed { position: absolute; top: 0; left: 0; width: 100%; height: 100%; }</style><div class='embed-container'><iframe src='https://www.youtube.com/embed/P6Jgs38Bbqk' frameborder='0' allowfullscreen></iframe></div> 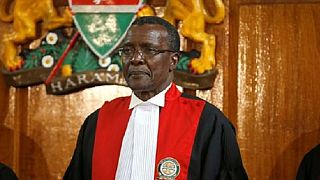 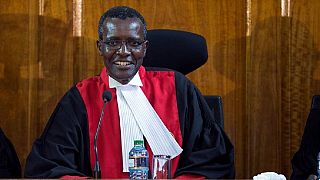