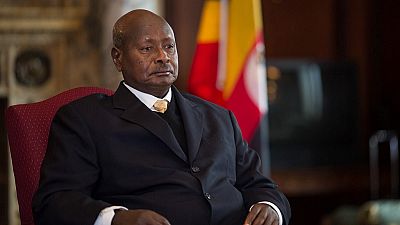 Uganda’s president Yoweri Museveni on Tuesday issued an ultimatum to the country’s security agencies, directing the police to share a plan for combating urban crime in two days.

The president, who was reacting to an increase in reported cases of burglary and robberies described the perpetrators as ‘pigs attacking people with pangas (machetes) and mitayimbwa (steel-bars).

‘‘I have given 2 days to Commander Sabiiti of the Police to come out with a plan to combat these gangs. I will look at that plan, comment on it and it will, then, be communicated to all of you,’‘ Museveni said in a statement shared on his official Twitter account.

‘‘It is easy to defeat these gangs. Their crimes will only add to the credit of the NRM because we are going to defeat them,’‘ he added.

Local newspaper Daily Monitor said police reports indicate increasing incidents where groups of four to seven men, armed with machetes have been breaking into homes and making off with home appliances, money and vehicles.

Museveni’s government, which for a long time prided itself on securing Ugandans, has in recent years, struggled to deal with an upsurge in urban crime. Several kidnappings, robberies, murders and assassinations of high profile profiles have remained unsolved despite several security interventions by the president himself.