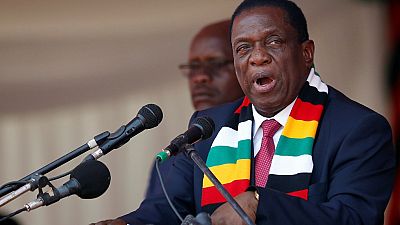 The International Monetary Fund said on Thursday that Zimbabwe needed to intensify efforts on economic and political fronts, as the government faces a growing chorus of criticism over its commitment to reform.

The southern African nation is feeling the effects of a drought that has hit crops and electricity generation, while soaring prices and shortages of foreign currency and fuel have sparked anger among a restive population.

President Emmerson Mnangagwa’s opponents say the government is failing to implement political reforms, including amending security and media laws, which are seen as preconditions to improving ties with the West.

“Policy actions are urgently needed to tackle the root causes of economic instability and enable private-sector led growth,” the IMF, which visited Harare this month to review progress on a staff-monitored programme, said in a statement.

“The key challenge is to contain fiscal spending consistent with non-inflationary financing and tighten monetary policy to stabilise the exchange rate and start rebuilding confidence in the national currency.”

The government has taken steps this year to relaunch the Zimbabwean dollar after a decade of dollarisation but these have increased people’s hardships and have been criticised for being poorly communicated.

Financial policymakers insist the currency reforms will lay the foundations for future growth.

The IMF said the economy faced a steep contraction this year, while it said the annual inflation rate, which the government last published in June, reached almost 300% in August.