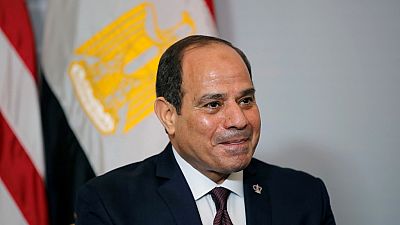 Egyptian president Abdel Fattah al-Sisi on Saturday said the allegations of corruption within the army and government were “lies and slander”, in his first public response to graft accusations that have gone viral online.

“I swear to God, these are lies and slander,” Sisi told a youth conference in the capital Cairo, referring to the accusations made by Mohamed Ali, a businessman and actor turned political activist who accuses Sisi and some army generals of squandering billions of Egyptian pounds.

Sisi, a former army chief who took power after the overthrow of the former Islamist president Mohamed Mursi in 2013, strongly defended the army and said he tolerated no corruption.

I swear to God, these are lies and slander,” Sisi told a youth conference in the capital Cairo, referring to the accusations made by Mohamed Ali.

“The army is a very sensitive institution towards any inadequate behaviour, especially if it was attributed to its leaders,” he said.

Ali, whose contracting company used to carry out civilian projects for the Egyptian army, has posted a series of videos from exile in Spain. In them he accuses Sisi of wasting money on presidential palaces and the army on spending billions of Egyptian pounds on projects like a luxury hotel in a Cairo suburb.

At a time when many Egyptians are struggling with austerity measures as part of reforms agreed with the International Monetary Funds, Ali’s videos have drawn a huge online followers. His first video on Sept. 2 garnered 1.7 million views on his Facebook page alone.

The popularity of Ali’s videos have turned him into a public figure. In Egypt dozens of cartoons have been made pitting him against Sisi, as well as images depicting Ali in the likeness of another Mohamed Ali, an Ottoman-era commander who ruled Egypt in the 19th century.

The military’s economic might has expanded since Sisi became president, and companies owned by the military have flourished, causing concern amongst local businessmen and foreign investors.

Sisi, however, defended the building of presidential palaces.