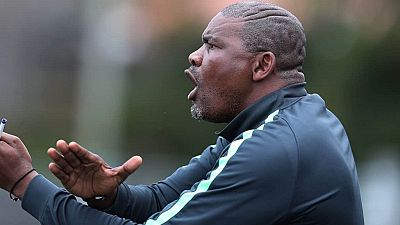 Molefi Ntseki has never played professional football, and has never served on the bench of an elite club. His appointment is a real surprise in the country.

After the resignation of the much criticized Baxter following a disappointing run at the African Cup of Nations in Egypt, Ntseki, his assistant during the competition feels he has confidently learned over the years and is set to take the top job.

“I think I’m ready to coach the national team,” said Ntseki the day before the announcement. “I did my apprenticeship as close as I could to this demanding position, and it’s time for me to move up to the next level,” he added.

This former school teacher was previously in charge of the women’s national team in South Africa and the country’s U17s, and was the assistant to three Bafana-Bafana coaches, including Baxter, his predecessor.

His first challenge as a national team coach will come in on September 7 in a friendly against Zambia in Lusaka.