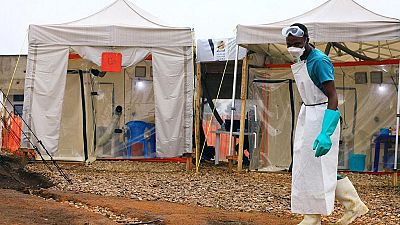 A nine-year-old girl succumbed to Ebola in Uganda on Friday, a hospital official said, a day after she tested positive for the disease after crossing the border from neighbouring Democratic Republic of Congo.

She is the fourth person diagnosed with Ebola in Uganda to die. Before her death, she had been kept under isolation at Bwera hospital, close to the border with the Democratic Republic of Congo.

For the treatments to work, people need to trust them and the medical staff who administer them. This will take time, resources and a lot of hard work

She had been diagnosed with the disease after crossing from the DRC to Uganda with her mother to seek medical attention on Wednesday.

Earlier on Friday, Uganda had indicated it would hand her over to Congolese health authorities for management.

In a tweet, Uganda’s health minister Jane Aceng said Kampala was ready to send back the case if Kinshasa wished to have her treated at home. In June, Uganda handed over three Ebola patients to DRC following an understanding.

I have learnt of the imported #Ebola case in Kasese District.The child is currently under isolation at Bwera ETU. However, upon the request of the government of the DRC, both mother and child will be repatriated back to the DRC to receive treatment from there.

The development came as deaths from the Ebola outbreak soared. According to official figures released on Friday, the death toll has climbed above 2,000.

The government team overseeing the response said the number of confirmed and probable cases had also hit a milestone of more than 3,000 in what has become the second-worst epidemic of the virus on record.

Despite the development of an effective vaccine and treatments, health workers have struggled to control the spread of the disease in remote and conflict-hit areas of eastern Congo, where many locals are wary of the response effort.

“For the treatments to work, people need to trust them and the medical staff who administer them. This will take time, resources and a lot of hard work,” the International Federation of the Red Cross said in a statement.

This is Congo’s 10th Ebola outbreak, but it is the first in the densely forested hillside provinces of North Kivu and Ituri, where militia-led violence and ethnic killing have undermined security in certain areas for decades.

The government data released on Friday showed Ebola deaths reaching 2,006 and cases at 3,004.