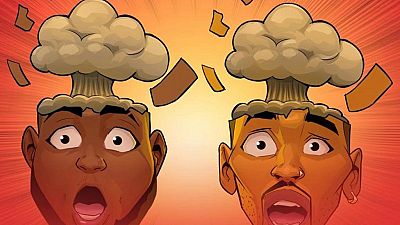 25-year-old David Adedeji Adeleke known by his stage name, Davido, has made an audacious prediction on YouTube relative to views for his new musical collaboration.

He is projecting a 100 million views for the “Blow My Mind” video which was posted three weeks ago on the video-sharing platform.

The collaboration with American musician Chris Brown has been viewed over 10 million times as at Tuesday (August 20) when Davido hinted that there was 990 million target to be reached.

“10 Down!! 990 to go!!!” he captioned a video showing the cartooned photo of himself and Chris Brown with their minds “blown.” The audio version also posted on YouTube has grossed 1.3 million views over the same period.

His tracks are used to making million of views on YouTube. His Aye track has 56 million views in five years, Gobe has made 32 million in six years whiles Skelewu had gotten 25 million in five years.

Davido is a household name across Africa when it comes to music. The artiste has flown across the continent and around the world playing shows. Some of his hit songs include “If” and “Fall.”